Make Me Up: The Body Shop Brushes - A Pop of Colour 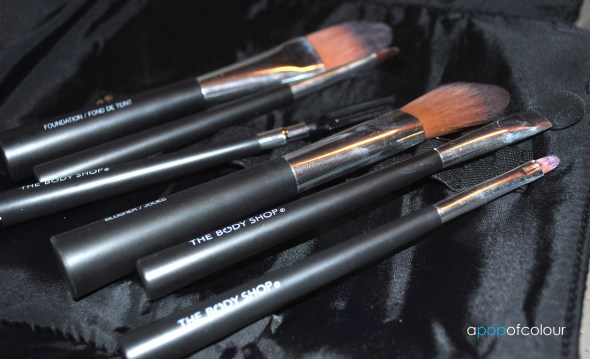 So early this week, Groupon was offering $20 for $45 dollars worth of merchandise at The Body Shop.  I haven’t shopped there in quite some time but there were a few things I needed and it was a great deal, so I couldn’t pass it up!

I finally got around to using the deal yesterday and I ended up purchasing a new foundation brush (I have wanted a good quality one for a few years now), the Vitamin E Eye Cream, and a concealer for my mom, and because I spent $30 on makeup products, they threw in a free brush roll with five brushes.  Okay, so usually when companies “throw in” free brushes or brush sets they are usually mini versions of the brushes or tools of lesser quality, this wasn’t the case with The Body Shop. The brushes are actually left over gift sets from the holidays which they still sell for $75 online; now they are just clearing them out. 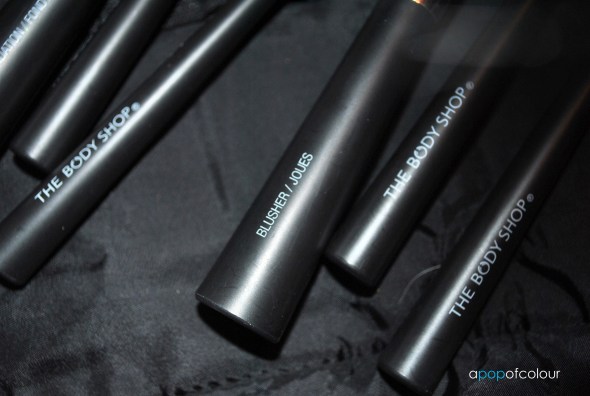 The kit comes with eyeshadow, blush, lip, eyebrow/lash, and smugger brushes. Now I didn’t need the majority of these because I already have at least one of each (excluding the eyebrow/lash one and smudger), but hey, I’m not going to say no to free brushes right?  The brushes are made from synthetic hair I believe (The Body Shop is against animal testing so I can’t see them using real hair brushes), but they do seem to work very well.  I do have a few quips with some of them though. 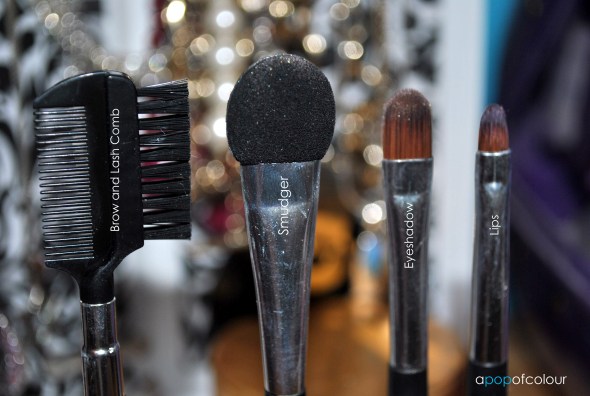 Okay, so first off, I find the eyeshadow brush and blush brush a bit too small to apply eyeshadow and blush with.  The eyeshadow one I think I would rather use as an eyeliner brush for my lower lashline or even filling in my eyebrows with.  It is a very small brush, at least compared to the one I have from e.l.f. and Quo, which are significantly larger and easier to apply eyeshadow with. It actually kind of reminds me of the Good Karma brush that comes with the Naked Palette. As for the blush brush, it’s a bit thin, it’s not puffy like others out there, so for me I think I would just use it more for contouring or apply blush directly on my cheek bones.  I definitely would not use it to apply bronzer on my cheeks. 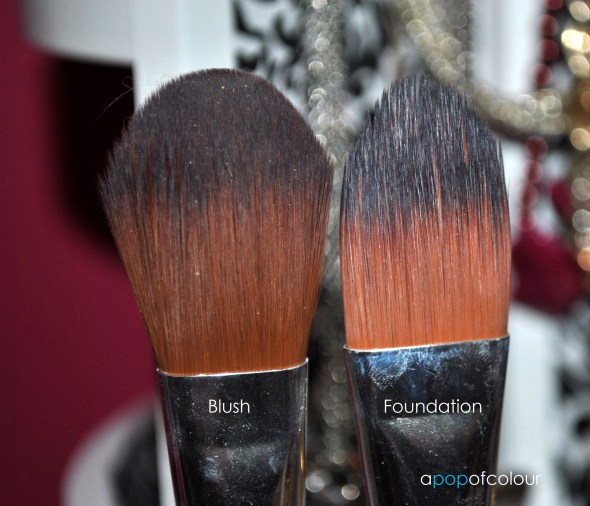 Used these this morning that's why they don't look so fluffy

As for all the rest of the brushes, I don’t usually use a lip brush, and I am interested in trying out that smudger one (it’s literally like an oversized eyeshadow applicator on a stick), as I have not yet had the chance to.  The eyebrow/lash one looks pretty cool and pretty basic so I don’t have to go into detail about that one.  And last but not least, the foundation brush (the only one I actually paid for – $23 CAD by the way) was fantastic.  This was the first high-quality foundation brush I have had (I have a $1 one from e.l.f. and I had another one from Winners that I got for $8) and it really makes a difference to invest in a better quality product.  My foundation blended way better compared to the previous foundation brushes I had, and it settled better on my skin.

So overall, would I recommend these brushes?  Yes, however, it depends on the brush and what you would be using it for, and of course personal preference.  I love the foundation brush, and even though I had some quips with the eyeshadow brush and blush brush, I still like them, but I wouldn’t necessary use them for what it says I’m supposed to use them for.

Have you tried the makeup brushes from The Body Shop?  Leave a comment with your thoughts!