Sleek & sustainable: Driving natural with the 2018 Ford Fusion Energi - A Pop of Colour 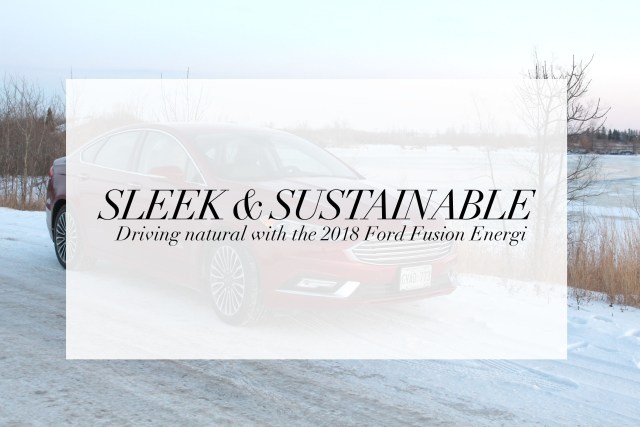 Corn, tomatoes, bamboo, and soy… sounds like a salad right? Although these are all ingredients that we eat all the time, Ford also uses them in their engineering lab to provide a second life in their vehicles.

Bet you didn’t know that Ford was super sustainable? Neither did I, so when they emailed me asking if I wanted to try out the 2018 Ford Fusion Energi, an electric vehicle, and learn a little more about their commitment to sustainability, I was super intrigued.

The car brand is literally putting its money where its mouth is and is using ingredients made from the earth in their vehicles. For instance, they use soy foam seats and plastics reinforced by rice hulls, wheat straw, and cellulose. Crazy, right?! Never would have guessed that the seats we sit on in those vehicles are made from things we can eat. 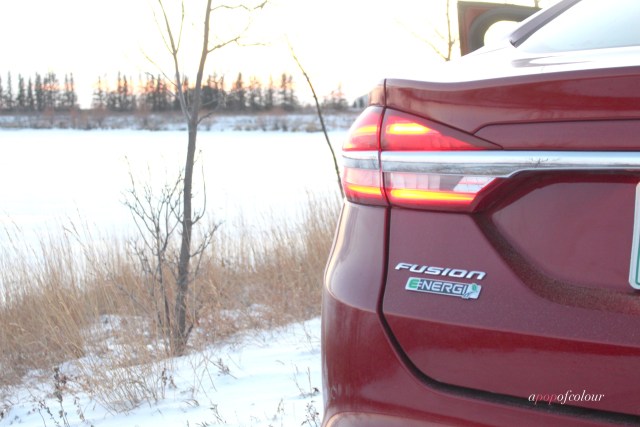 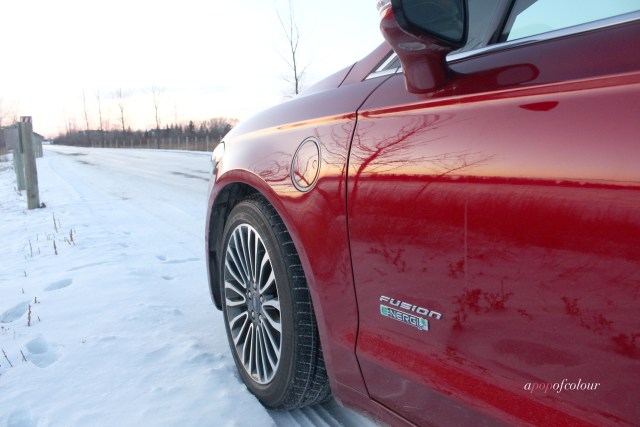 Currently, sustainable biomaterials can already be found across 15 vehicle lines, including the Fusion Energi, which uses the following biomaterials in that particular vehicle:

Now I’ve driven hybrid’s before (we used to have a Hybrid Honda Civic), so I’m quite familiar with these environmentally conscious cars.  To be honest though, I wasn’t a big fan of the Hybrid Civic since it lagged on accelerating, so I haven’t really been intrigued about hybrids since then.

The 2018 Ford Fusion Energi is a little different than a typical hybrid since you actually plug it in to charge it. The Energi features a 7.6 kWh lithium-ion battery that takes 2.5 hours to charge and can last about 100 kilometres in the city or highway.  On the dash, the SmartGauge with EcoGuide provides real-time information to help you enhance how much energy you’re using. So when you’re accelerating, it tells you how much energy you’ve used and when you’re braking it will tell you the amount of energy as well. 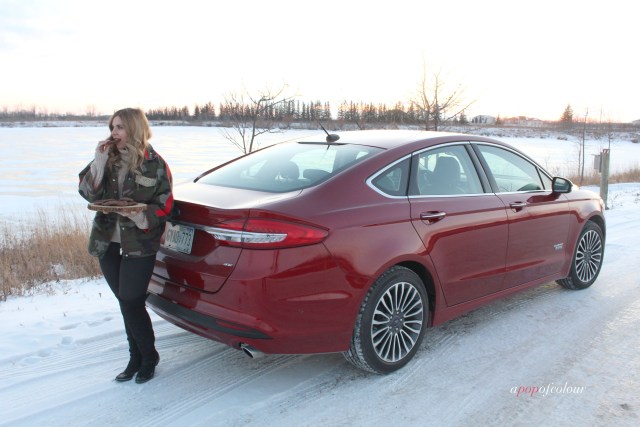 Since I only had the car for a week, I didn’t get the chance to charge it (or visit somewhere that had spots reserved for electric vehicles only), but I did like seeing how much battery it was using and saving while I was driving. There was virtually no difference in driving this compared to other Ford vehicles, and best of all, there was no lag. In fact, it accelerated fast, which was a nice change compared to the Honda Civic Hybrid.

Now since I couldn’t actually eat the vehicle, Ford tasked me with choosing one of the ingredients they listed above that is in the car, and create a food item to highlight one of the main biomaterials in the vehicle. Since it’s the holidays and all, I did my favourite vegan ginger molasses cookies recipe from the Oh She Glows cookbook. These cookies use sugar cane in them, and since Ford is currently testing sugar cane for their vehicles, it ended up being a sweet treat (seriously though, those cookies are amazing, you won’t be able to tell they are vegan – they were all gone by the next day!).  This isn’t the exact recipe, but it’s super similar to the one in the book (instead of vegan butter I used coconut oil, and I didn’t candy the ginger).

Aside from the actual electric features of the car, this guy was similar to their other vehicles. It had Sirius XM enabled, so I was totally digging the variety of channels to choose from, and since it’s been so cold here in Winnipeg, I had those seat heaters and heated steering wheel cranked (although I was told the heated seats will drain the battery faster). The gear changer was a little different as you had to slide it, as opposed to it being a handle, but I got the hang of it quickly.  I also what to note that since this is an electric vehicle, there isn’t a ton of trunk room, since that’s where the battery is housed. 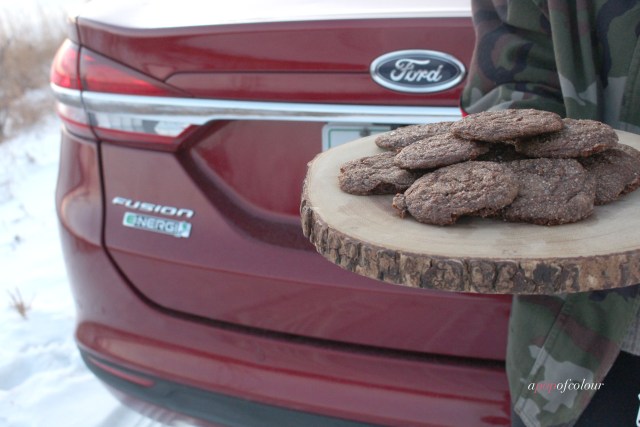 Yummy cookies aside, it was really cool to test drive this guy for the week. I would have never thought that there are edible ingredients in the making of a car. Currently Ford uses soybeans, rice hulls, wheat straw, coconut, and cellulose in their vehicles, and are currently testing out sugar cane, tomatoes, dandelion, corn, bamboo, and algae. Next time I’m in a Ford vehicle I’m totally going to wonder what ingredient made the cut and for what actual item in the car.

The Ford Fusion Energi starts at C$38,475 MSRP and since it’s an electric vehicle, the government does offer credits of up to C$7,730 back.

Huge thank you to Ford Canada for providing me with the Ford Fusion Energi and a prepaid Visa gift card. I did not receive monetary compensation for this post.