Welcome to the jungle: Boobyball Paradise City swings into Winnipeg - A Pop of Colour Winnipeg had the wildest party of the year this past weekend.

Boobyball 2016 Paradise City swung into Fort Garry Place Saturday night for a colourful, wild soiree, all for a good cause. In case you haven’t read my post on what Boobyball is all about, it’s Rethink Breast Cancer’s signature event, held in four cities across Canada.

Toronto’s Boobyball was held last weekend, and Calgary (October 27) and Ottawa (October 28) are next on deck.  The event encourages party animals to take charge of their breast health and help raise funds for those affected by breast cancer. Since 2002, Boobyball has raised over $4 million dollars for Rethink Breast Cancer, and Toronto’s Boobyball alone last weekend raised more than $225,000.

This year was Winnipeg’s third Boobyball and they switched locations from last year.  Fort Garry Place was transformed from one of the city’s most elegant ballrooms to a colourful jungle. The experience started as soon as you crossed the skywalk from the Fort Garry Hotel with gorilla decals on the ground and jungle noises playing from hidden speakers.  The committee did an amazing job with decoration, as there was tons of faux animals, trees, and amazing lights that took partygoers from Winnipeg to the amazon. Aside from transforming cold, rainy Winnipeg into Tarzan’s home, the best part of the night were all the activations from different sponsors. There was pineapple bowling from Boston Pizza, ice cream from Cornell Creme, tons of photo booths, a flash tattoo station from Topshop (the presenting sponsor), a manicure bar from Urban Oasis spa, a braid bar from The Loft, and so much more. Oh, and did I mention it was also open bar, tons of food, and you left with a totally cool gift bag? Oh, and there was also a real python that you could wrap around your shoulders and take photos with. No big deal.

The committee totally blew it out of the water this year. Although this is a charity event, it was definitely one of the wildest parties I’ve been to in Winnipeg and party goers were more than happy to play into the theme. There was tons of floral, cheetah print, and forest green sashaying around the dance floor. 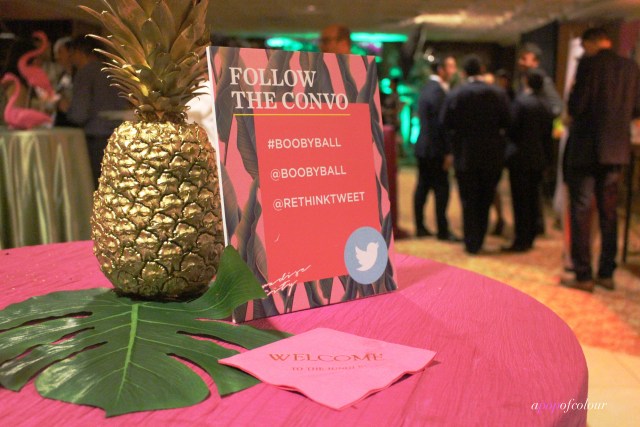 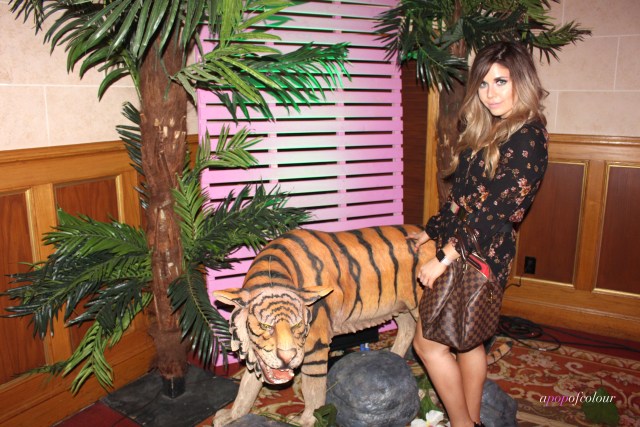 Boobyball was launched in 2002 by a group of dedicated young women in support of their friend Sarah O’Regan who, at just 23 years old, was diagnosed with aggressive, advanced breast cancer. Fast-forward 15 years, and Boobyball is now one of the most coveted and high-profile fundraising events for young philanthropists in Toronto, Calgary, Ottawa and Winnipeg.  As for Sarah? She’s a thriving mother of three.

Proceeds from the night go to Rethink Breast Cancer, which is the first-ever Canadian charity to bring bold, relevant awareness to the 40s and under crowd; foster a new generation of young and influential breast cancer supporters; infuse style into the cause; and, most importantly, respond to the needs of young women going through it.

Let me know if you attended a Boobyball across Canada this year!