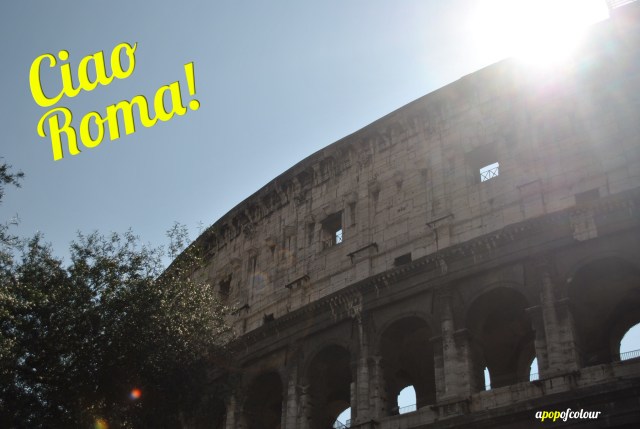 My next adventure on my two-week European holiday took me to Italy.  When I was originally planning my vacation, I knew I wanted to do London one weekend and then Paris the next.  I was unsure on where to go in those five days in between.  Amsterdam?  Barcelona?  Rather than go to two countries, I chose to just travel to Italia, as one, I love Italian food, two, I could travel to multiple places in the country, and three, it’s Italy, hello!

The two destinations I chose were Rome and Florence.  I chose to do three days in Rome and then the final two in Florence.  I hopped on a British Airways flight from London Heathrow and arrived at Rome’s Fiumincino Airport two hours later, all at a cost of C$130 (flying in Europe is so cheap).

I chose to stay at The Yellow hostel, located at Via Palestro 44, about a five minute walk from Rome’s Termini Station.  When booking my hostels for my trip, I chose to look for ones that had a boutique feel, Rome didn’t really offer anything of that sort, so I chose to go with The Yellow as it seemed to be one of the more popular ones and it was cheap (rates start at 12 euros).  I actually really liked The Yellow, the beds were comfy, my roommates were really nice (I was in a four-person female dorm) and there were bathrooms and showers in the room.  The on-site bar was a nice place to meet people as well (I met these guys from Belgium that I hung out with every night, as well as a group of New Yorkers the first night), although drinks were a little on the pricier side.  The area the hostel is in is nice, however, Rome’s Termini Station is a bit dodgy at night.  I went with two of the New Yorkers to the McDonald’s beside the station at around 11 p.m. the night I got there and there was a man with blood on his shirt yelling and the security officer was gonna beat him with a stick.  During the day though, it was fine. 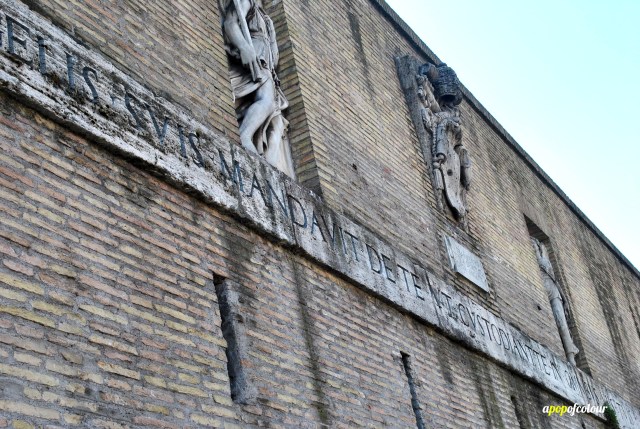 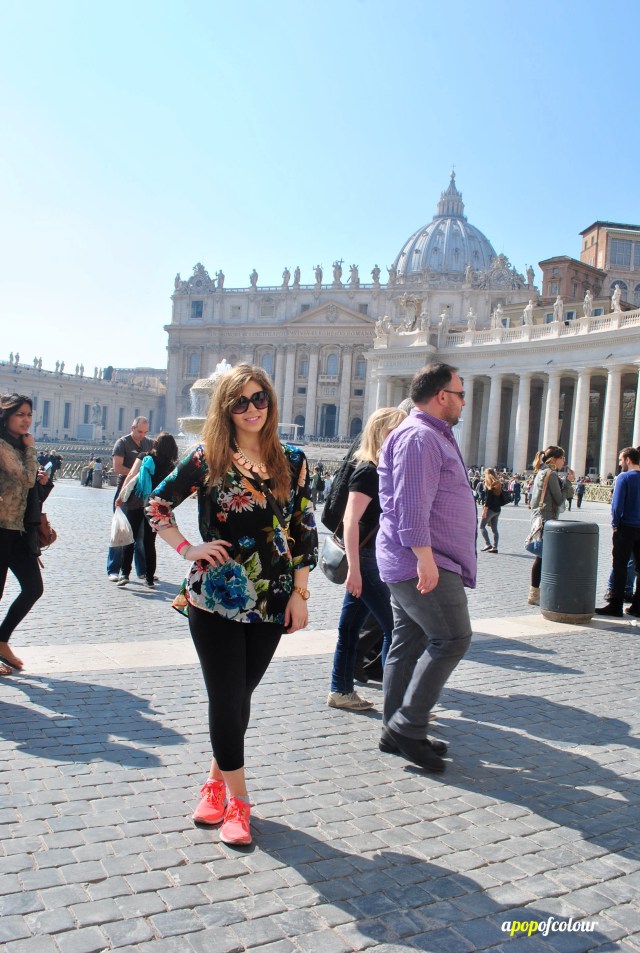 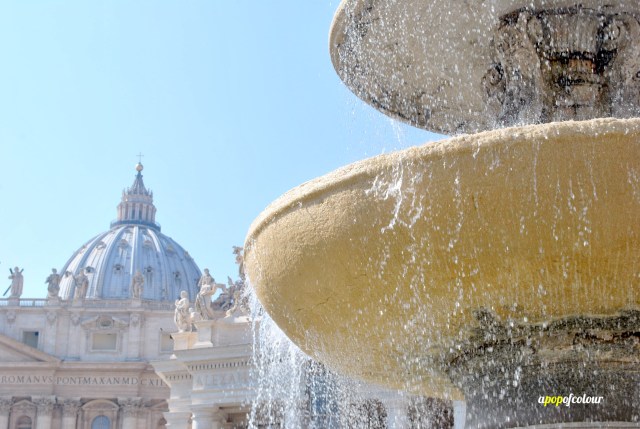 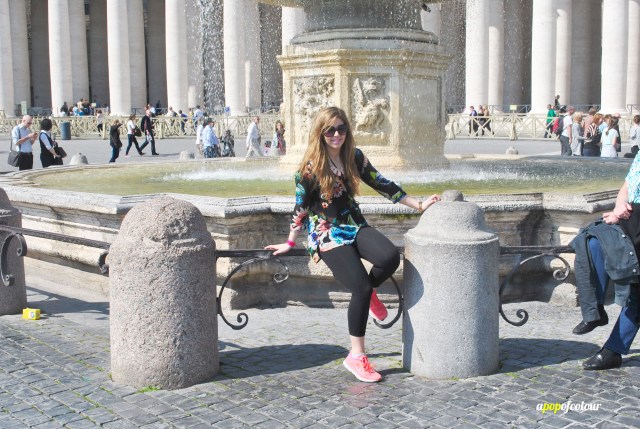 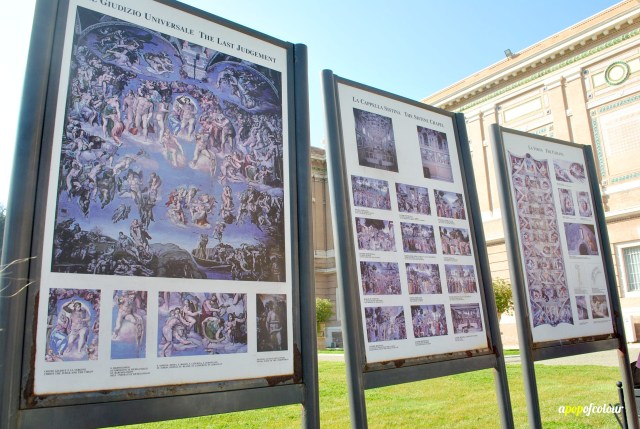 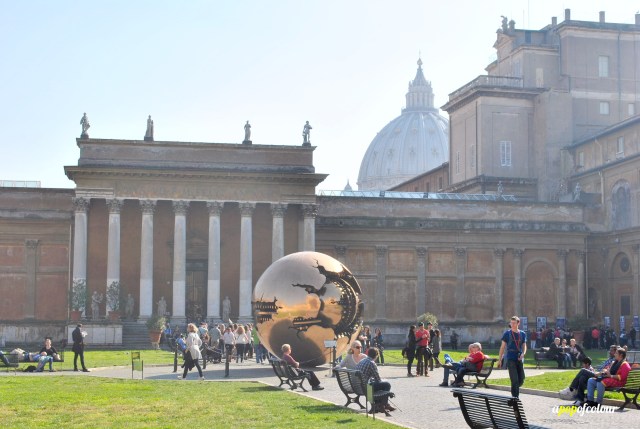 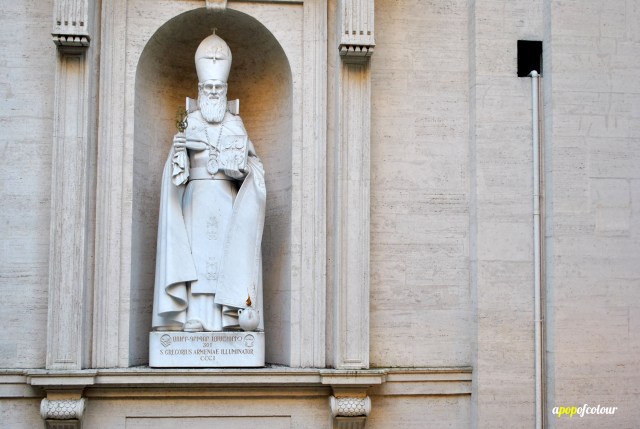 Alright, so here’s the deal with Rome.  I’m glad I went, but I wouldn’t go back.  Rome is seriously the most touristy place I have ever been to.  I go to Vegas every year and always stay on the strip, London was basically all tourists, but Rome was like Disneyland on crack (I’ve never been to Disneyland, but it seems like it would extremely touristy).  I saw all the major attractions like the Colosseum, the Roman Forum and Palatine Hill (one ticket covers all three attractions. The line is the longest at the Colosseum, I stood in line for maybe 20 minutes, whereas when I walked across the street to Palatine Hill there was no line), the Spanish Steps, Vatican City (I actually chatted with this really nice – and cute- priest in training from the U.S. for like half an hour), the Sistine Chapel (Maximus Tours has a really affordable Vatican City tour), the Pantheon, and the Trevi Fountain (which I didn’t even toss a coin into because I didn’t want to come back), all of which looks fascinating and romantic on TV.  In reality, it’s a crazy amount of people and tour groups, and people coming up to you trying to sell you the most random things.  The walls around Vatican City and outside the Colosseum are filled with people selling magnets, sunglasses, t-shirts, these jelly things you throw on the ground and make a noise, water bottles, you name it.  It’s also filled with tour groups.  The area around the Trevi Fountain is literally just shop after shop selling Rome stuff (I heart Rome t-shirts, Pope Francis postcards, etc.) and in between those shops are restaurants where when you walk by they shove menus in your face.  I had a really Italian moment at a restaurant where I sat outside, ate lasagna with a 1/4 litre of wine and a guy on an accordion playing the theme from The Godfather.   After he was done, he then went up to every table asking for tips.

To me, the best part of Rome was the food.  I’m pretty sure I had pizza and gelato for every meal.  There is literally a pizzeria on every block and there are multiple ones.  The quick and easy ones are great as you walk in, choose from their selection and then they cut it with scissors, weigh it, then give it to you.  Much different than North American pizza places.  There was a pizza place on the corner of Via Palestro right near The Yellow that had cheap, good pizza, so if you stay there, check it out. I can’t remember the name, but it’s literally on the corner.

As for the shopping, there are two main streets, Via Corso and Via Condotti, both of which I wasn’t impressed by.  They had H&M, Zara, Sephora, and a lot of the luxury labels, but to be honest I think the only thing I bought in Rome was a palette for my bestie Jess from Sephora (it was a “Sephora <3 Roma” palette) and a one euro magnet for my mom.  Rome is all about the sightseeing, which I feel is greatly tarnished by the mass amounts of tour groups and the people selling you random things that have nothing to do with Rome. 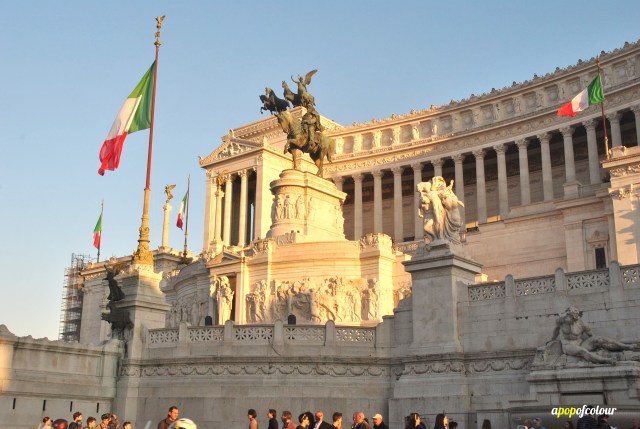 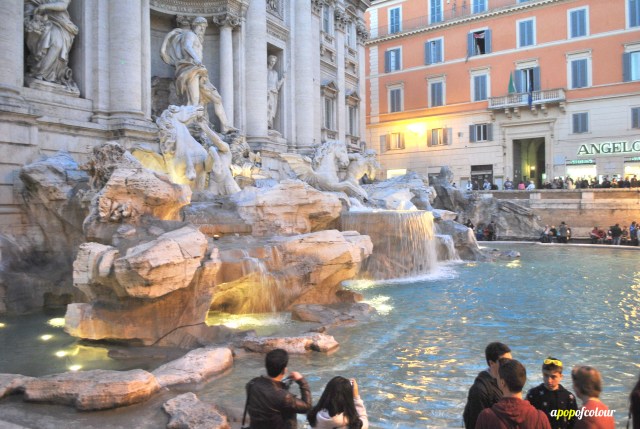 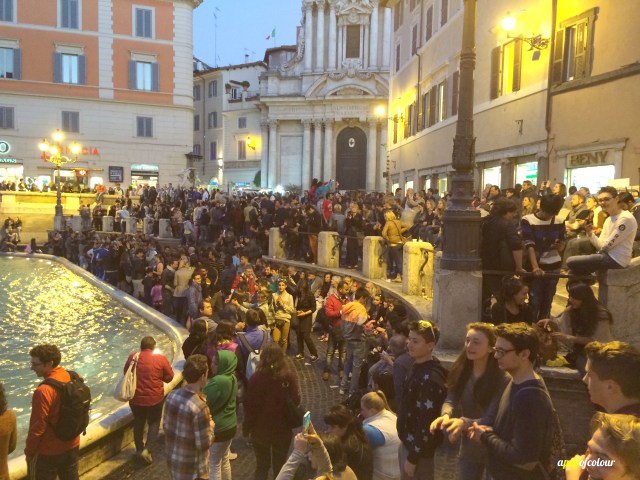 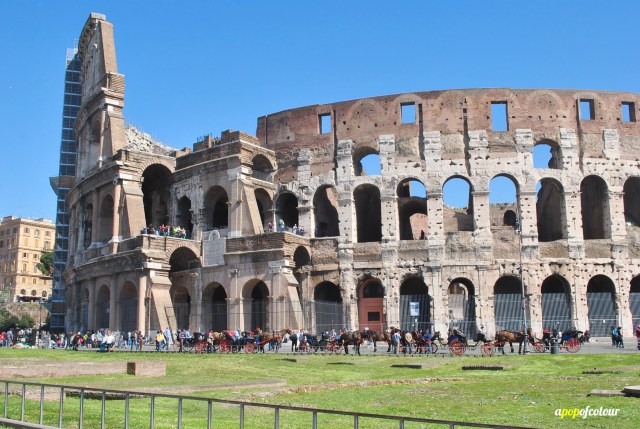 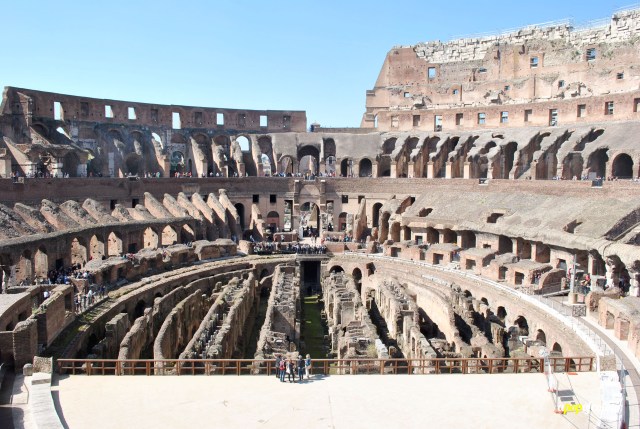 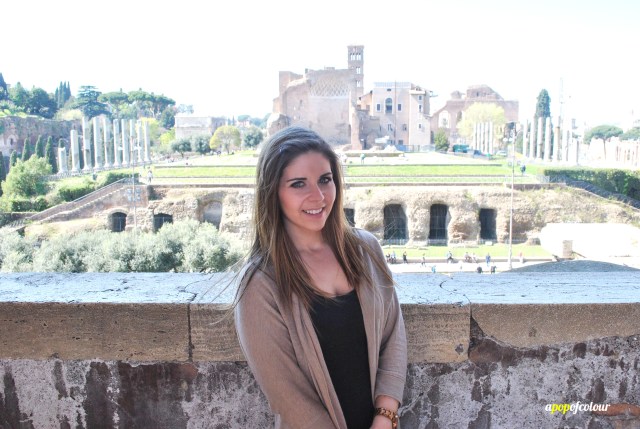 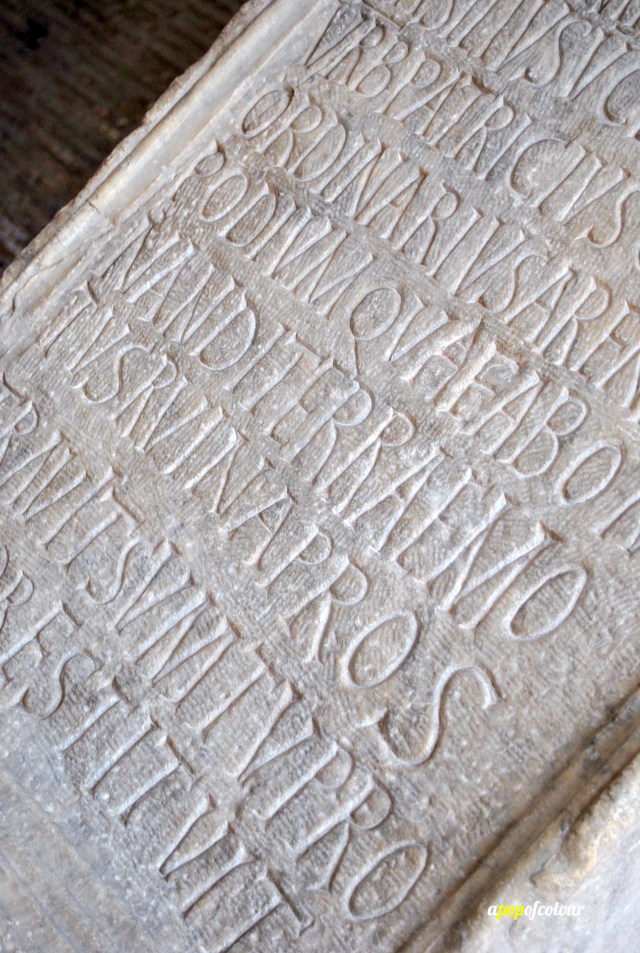 Another thing that I didn’t like were the streets.  I had a very difficult time getting around the city.  Thankfully I found out that you can use Google Maps even if you aren’t connected to the Internet (just make sure you have the map preloaded, the blue dot works by GPS).  I kept my iPhone in airplane mode with the WiFi switched on (yes, that’s a thing), so I relied solely on WiFi, which compared to London, there weren’t that many hotspots to get me connected.  For instance, I would be on one road but then I would get to a roundabout with seven different roads and I had no clue which one to take.  I got lost on more than one occasion, including once in the middle of the night on St. Patrick’s Day after I got separated from the people I was with after we went to an Irish pub (I somehow ended up by the river, baffling my new hostel friends on how I got there).

Overall, I’m glad I went there and got to experience all the culture and historical places. Yes, I realize reading this back, I paint Rome is a negative light.  I’m glad I went there and got to see all the history behind the city (and check it off my travel list if you will), but I don’t think I would go back.  With that being said,  I was travelling alone, and I feel that if I were to ever return, I would want to go with another person.  Italy, to me, is a great place to travel if you are with someone. 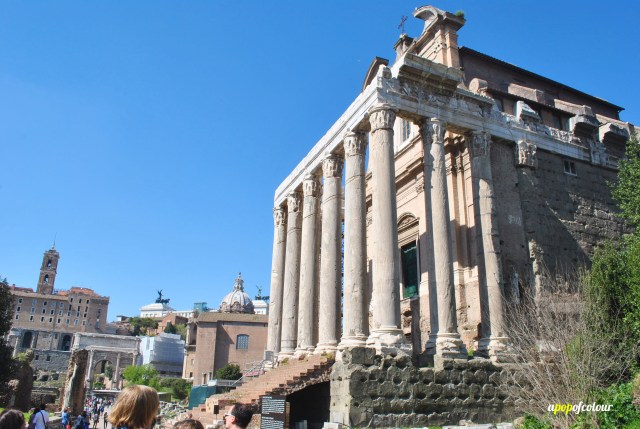 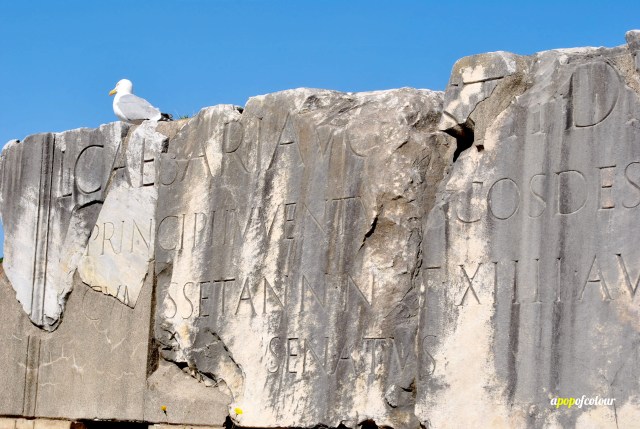 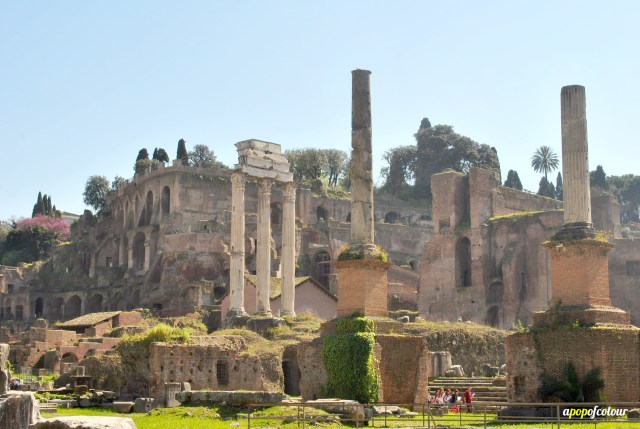 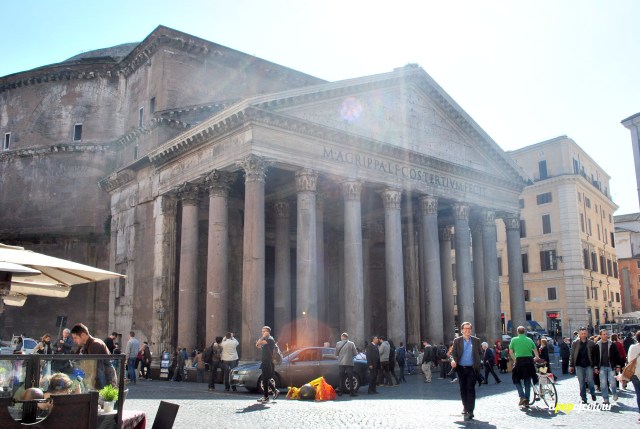 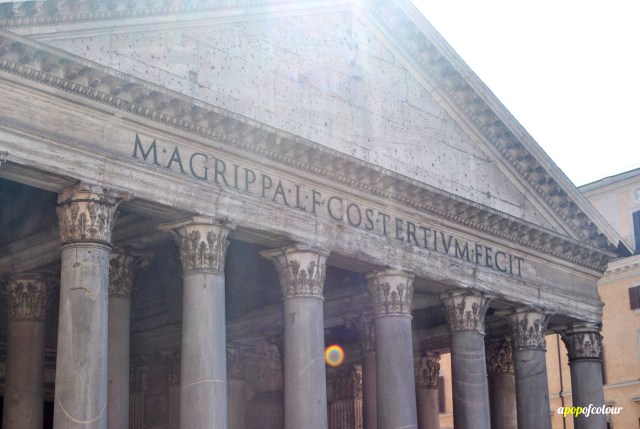 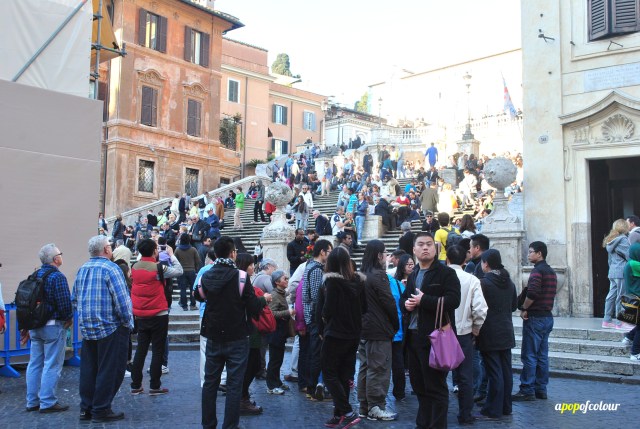 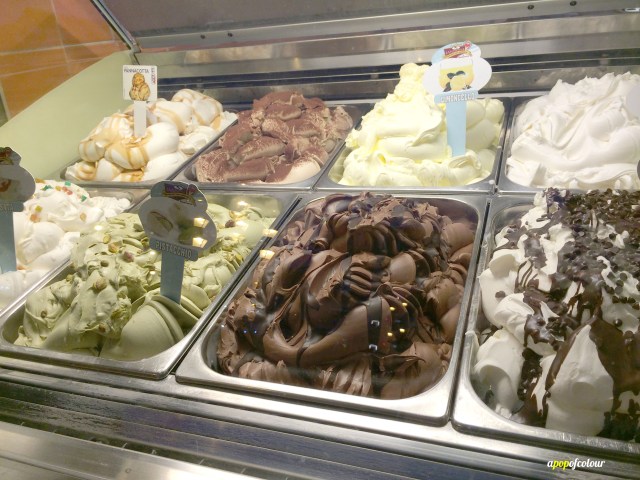 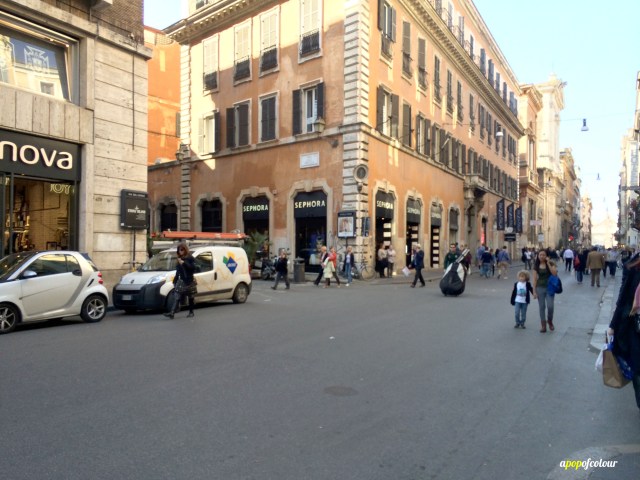 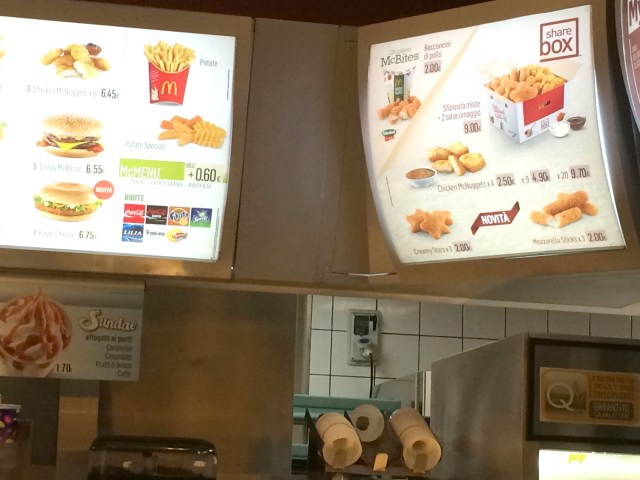 Umm can we just talk about this for a second? McDonald’s, what are “creamy stars”?

Have you been to Rome?