Running from show to show: Recap two of NYFW FW20 - A Pop of Colour 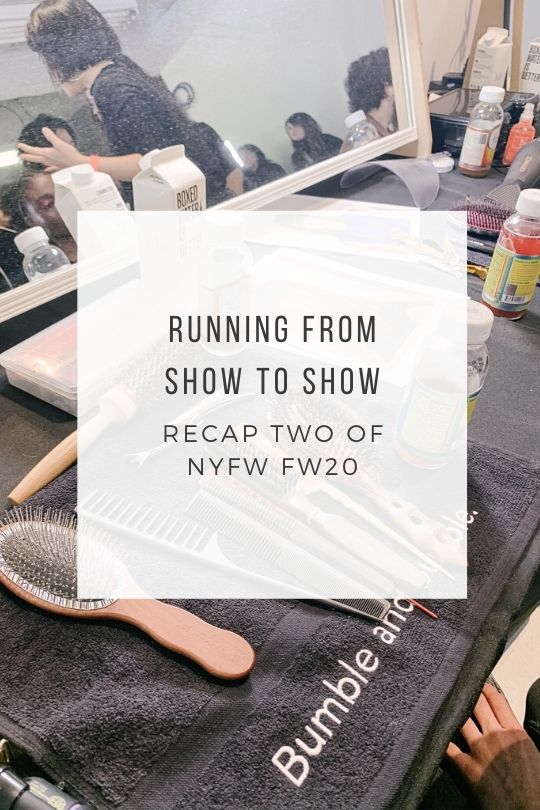 Oh my gosh you guys, it’s been such a busy weekend!

Looking back at my Friday post, the things I did last Wednesday literally feels like an eternity ago. As I mentioned in that post, I’m really trying to only do the things I really want to do and be more selective in the events I attend.

Friday I thankfully only had one thing going on, the Pamella Roland show at Pier59 Studios. This show was my favourite from last season and the designs definitely did not disappoint this time around either. Her dresses were all so stunning and there was lots of sequins, feathers, and jewels in tones of purples, silvers, reds, and greens. Seriously every time a model would come out it would be jaw dropping since each gown was just so stunning. 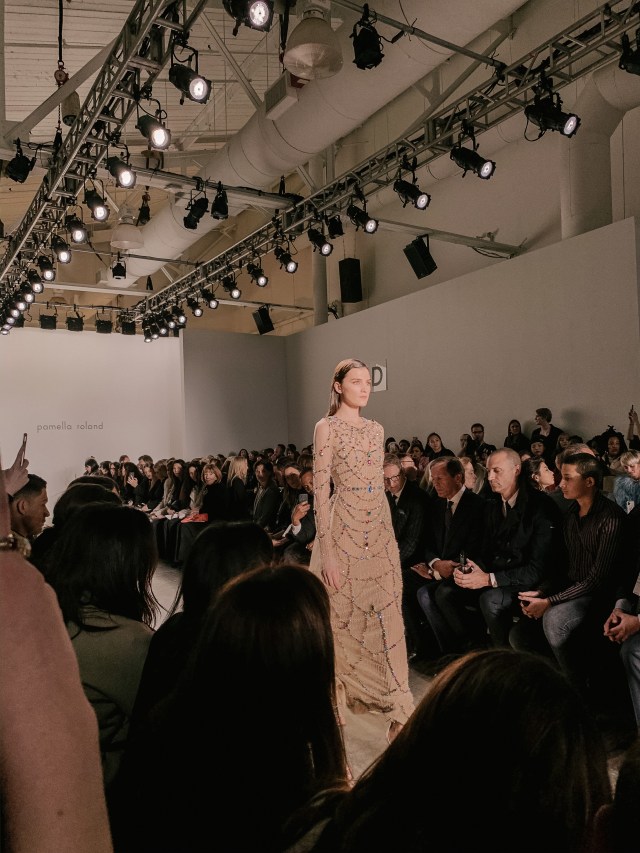 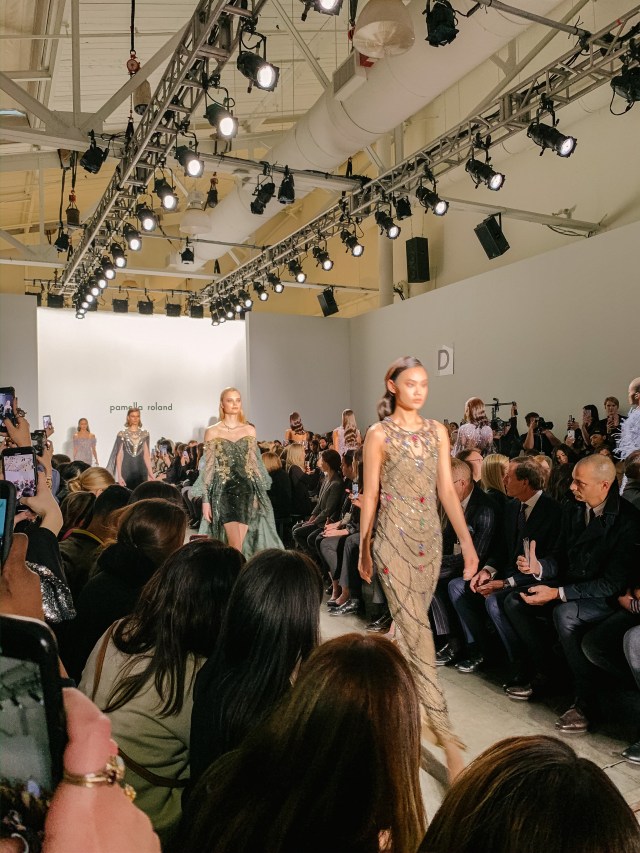 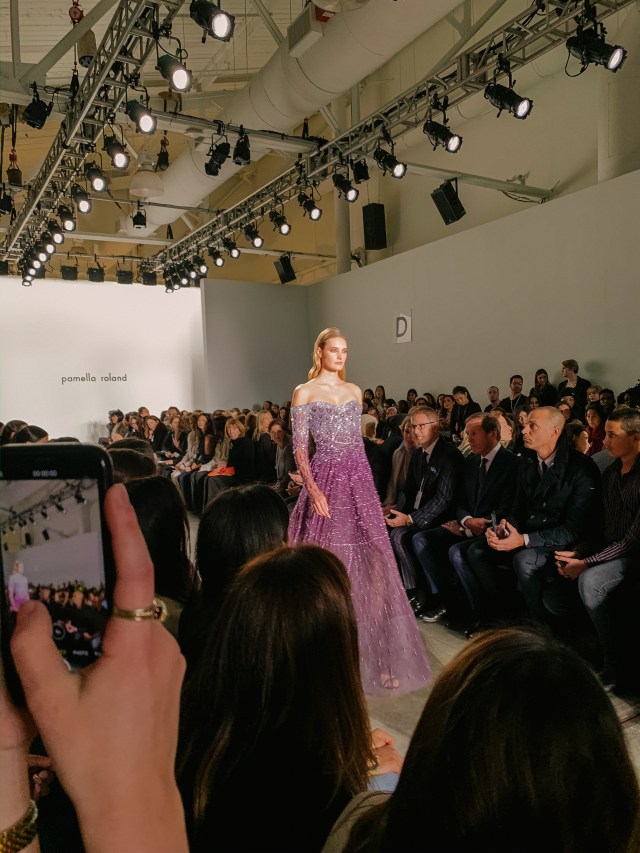 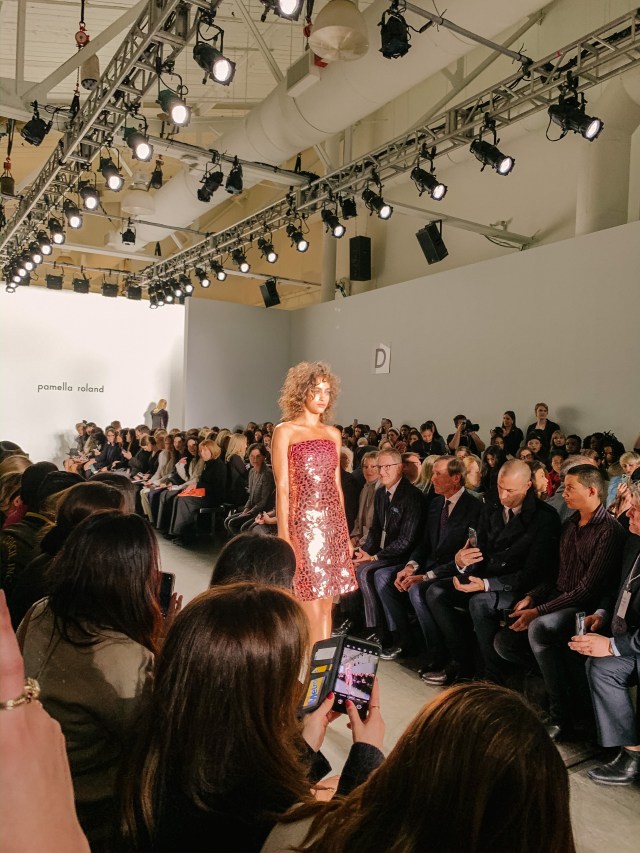 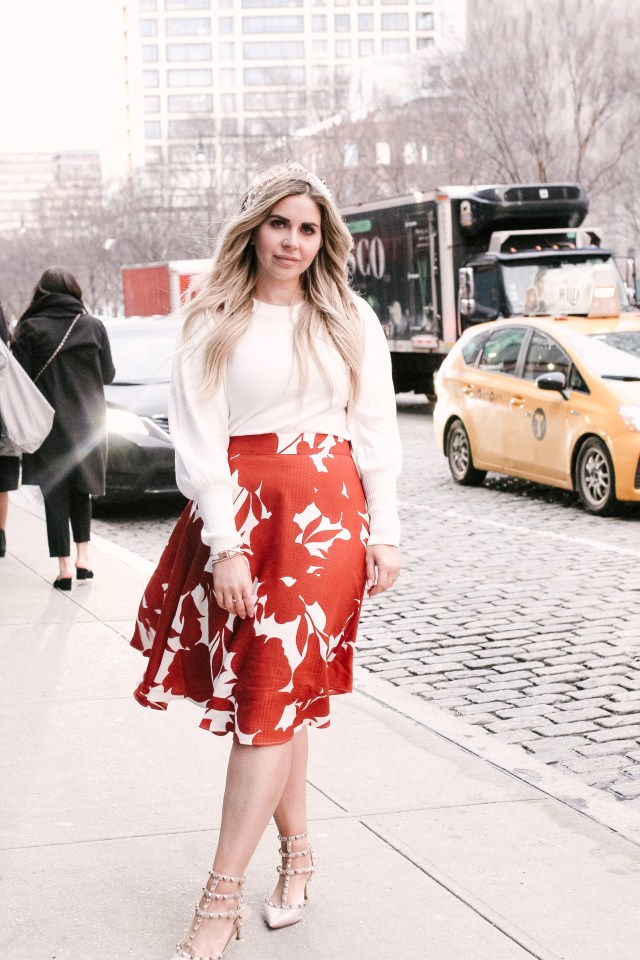 On Saturday I was up at practically the crack of dawn to go backstage with Bumble and bumble for Self Portrait’s show. The show was in Chelsea and the hair on the models was a low ponytail with a deep side part. The hairstylists used the Bumble and bumble Thickening Spray, Prep Primer and their Hairdressers Invisible Oil to help with frizz while adding shine.

I didn’t get to catch the Self Portrait show, but that’s okay since I had some stuff to shoot anyways in between events, so I made my way back home to get ready for the day (the backstage time was at 8:15 am). Saturday early afternoon I took a little NYFW break and went to the Westminster Dog Show agility preliminaries, where were held at Pier 94, and then around 3 p.m. I caught a Lyft to Pier59 Studios for the Rebecca Minkoff presentation. 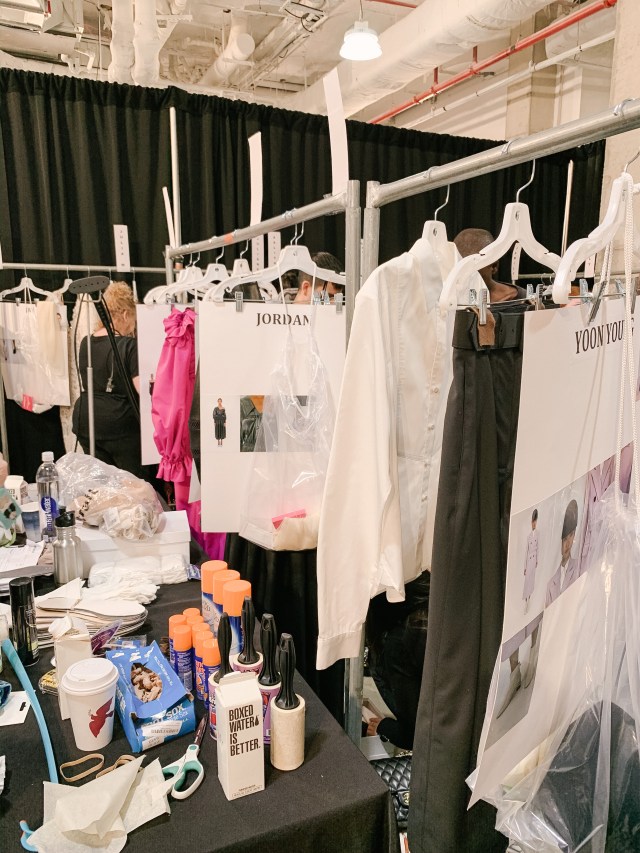 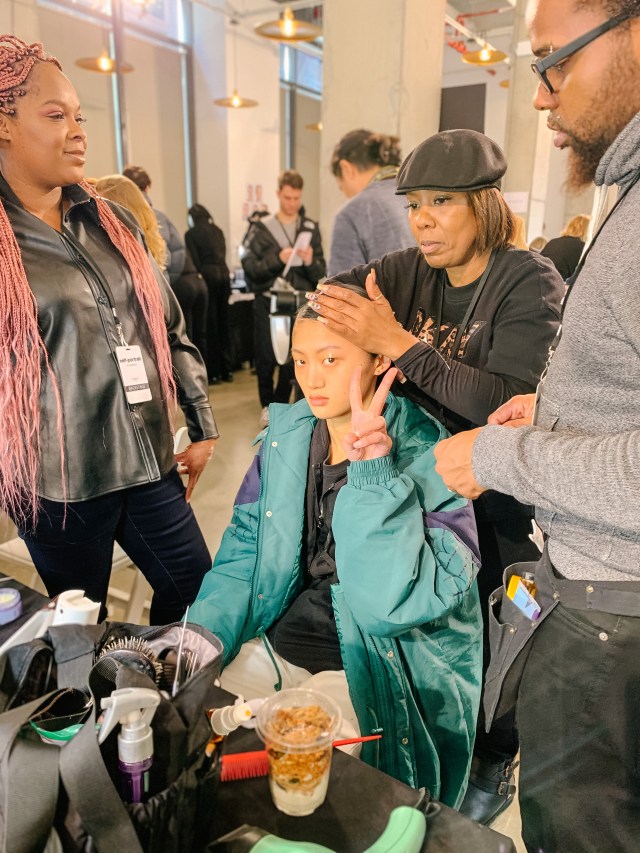 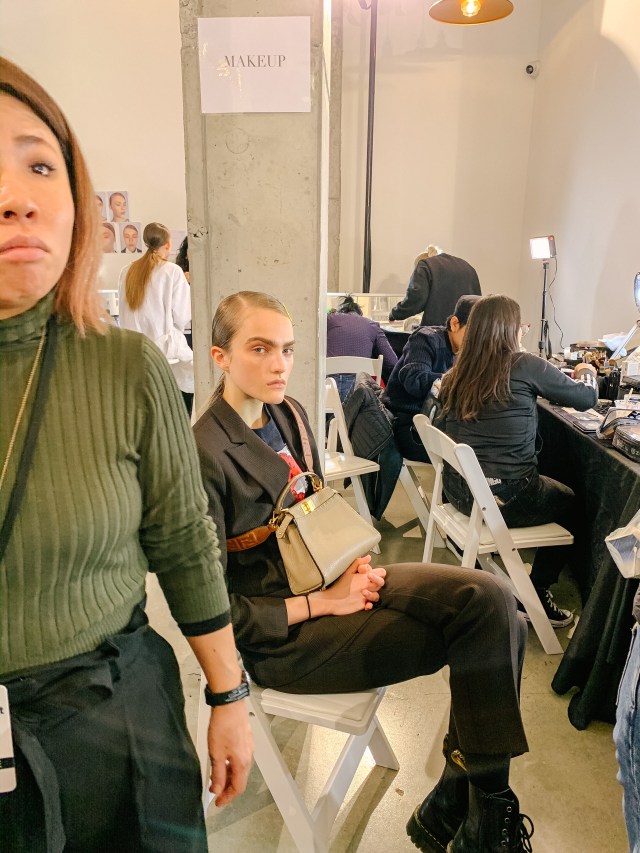 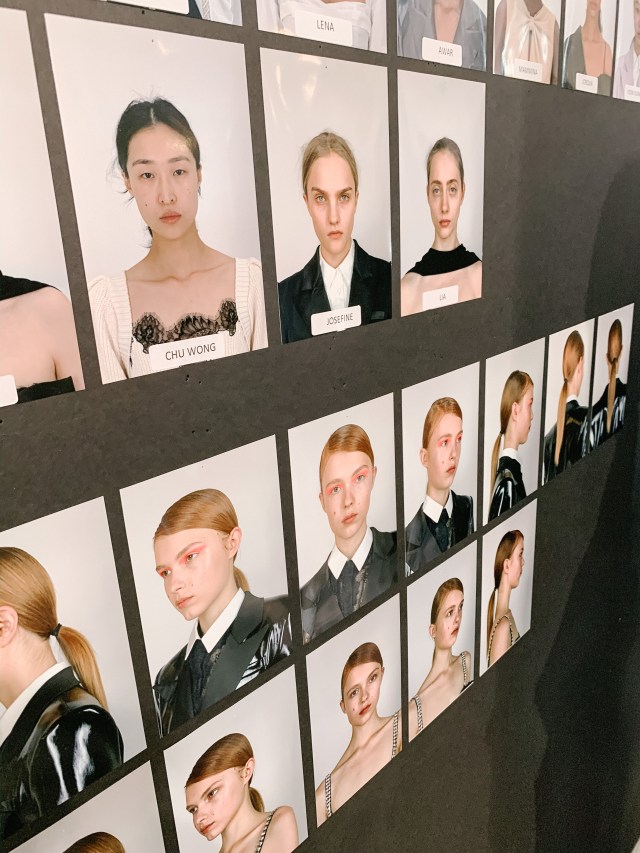 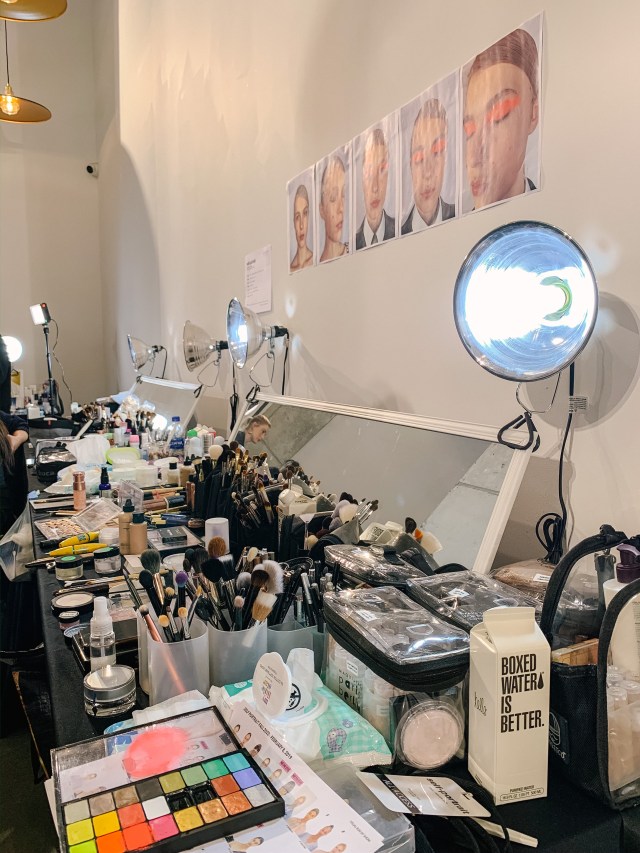 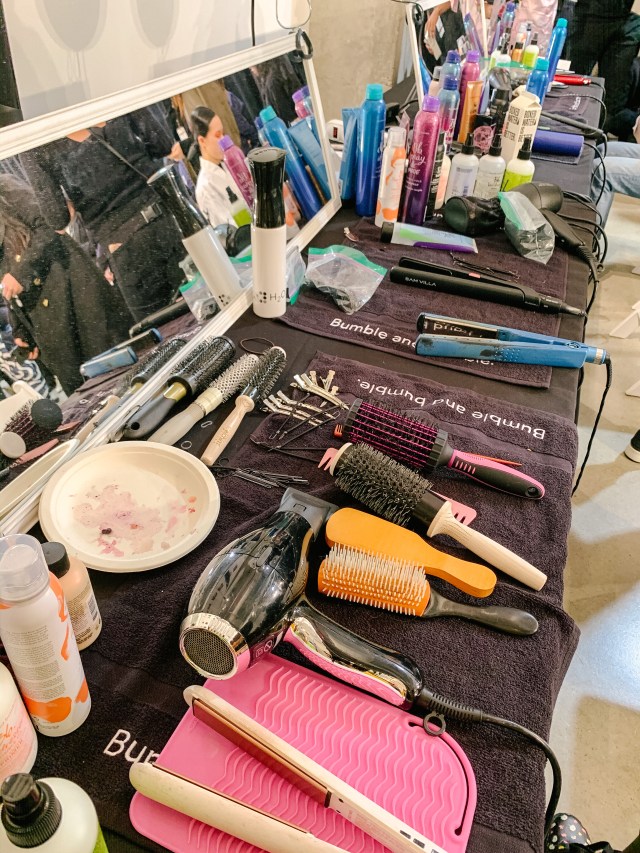 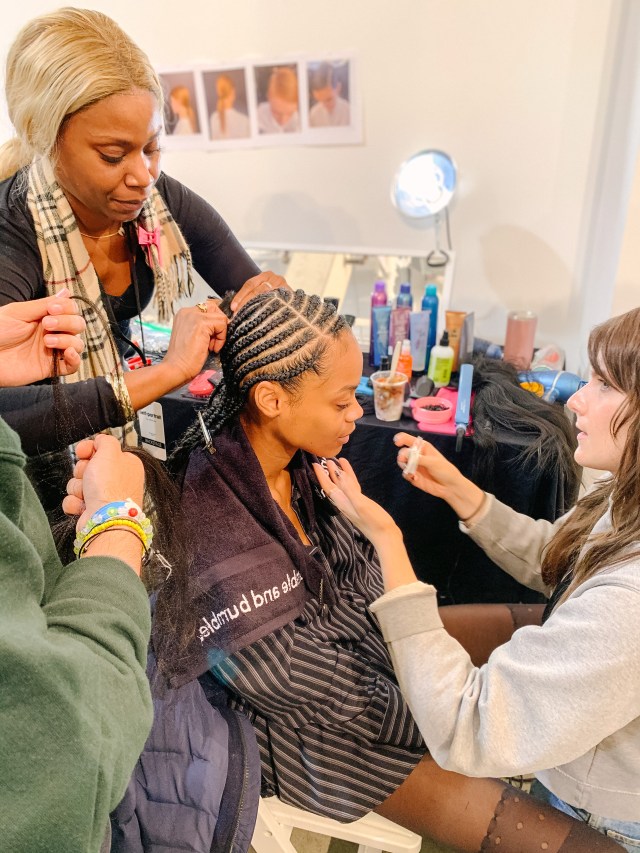 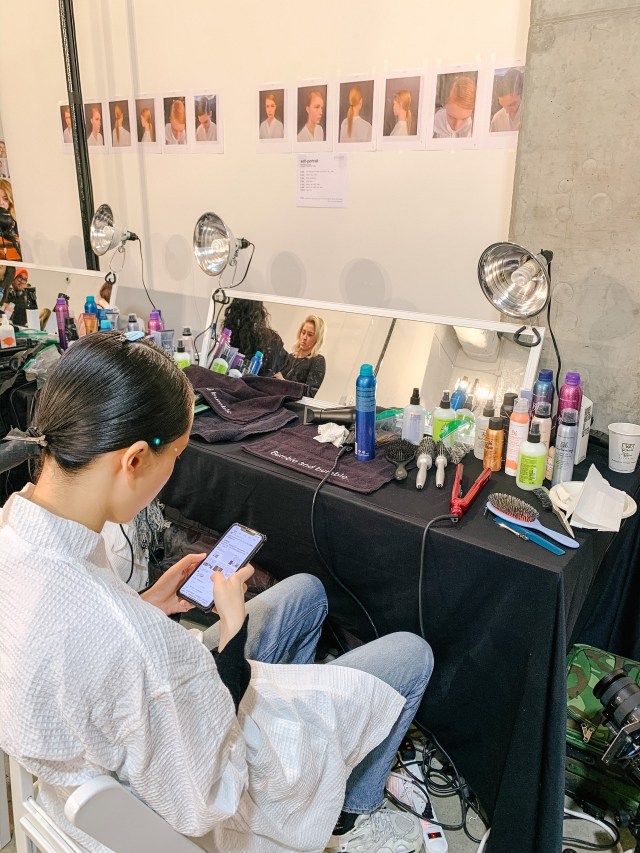 I attended Rebecca Minkoff’s presentation last season too and loved how inclusive they were with the models. This season was no different. When you walked into the space, the whole presentation was up against one wall and they were giving out Magnum ice cream bars and Hint water. The models, including children and someone pregnant, were wearing neutral colour tones with floral prints. The whole collection was very dreamy and totally wearable no matter which season or which occasion you wanted to sport it at. This collection was actually their spring one (not fall/winter) and considering how much floral there was, it totally makes sense that they released this for warmer weather.

The collection celebrated all parts of being a woman and I loved how there as many children models as there were adult ones.

After Rebecca Minkoff, we made our way to Showfields, which is a really cool department store that I recommend you visit even if you aren’t coming for NYFW, as they were holding a NYFW happy hour event. The event had some touchup stations for hair and makeup, as well as treats to eat and drink. There was also some cute Instagrammable displays to take photos in front of. 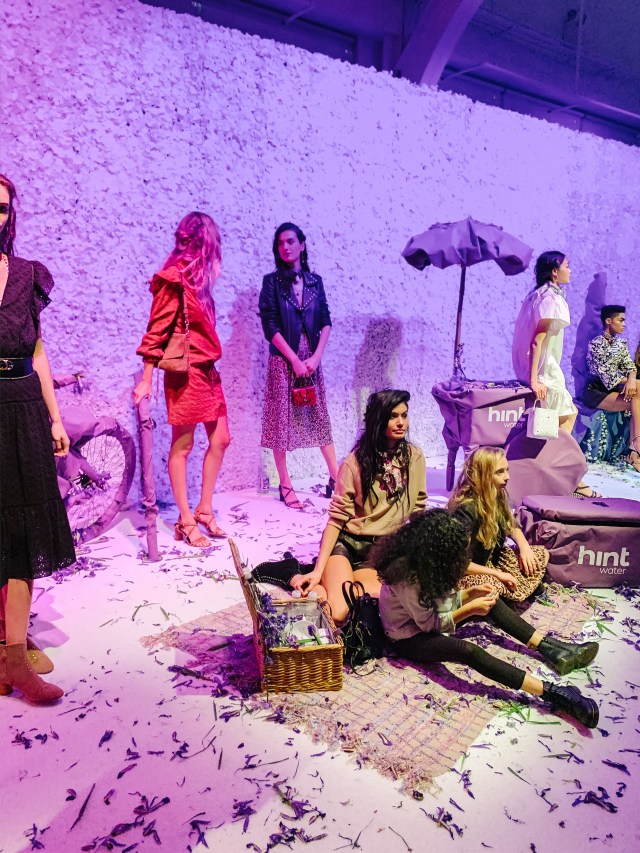 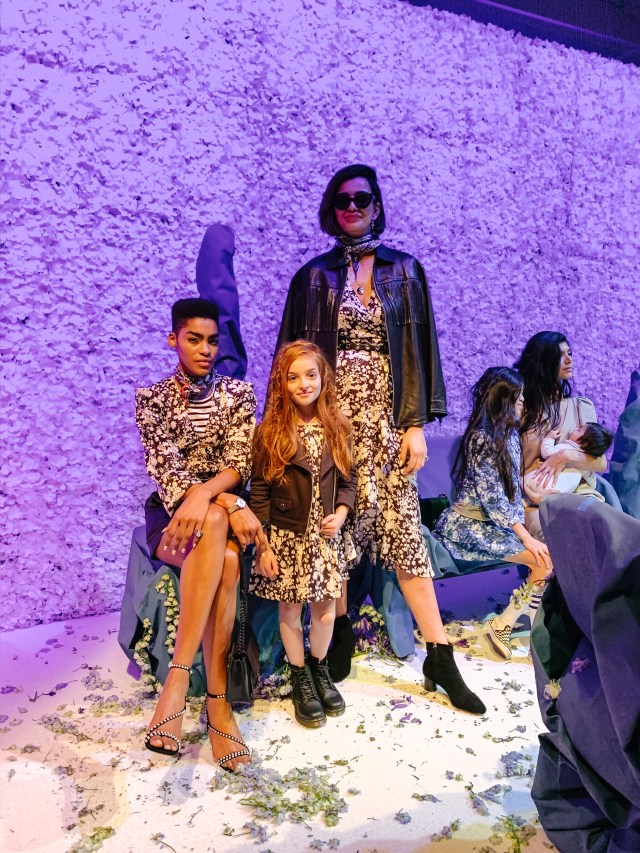 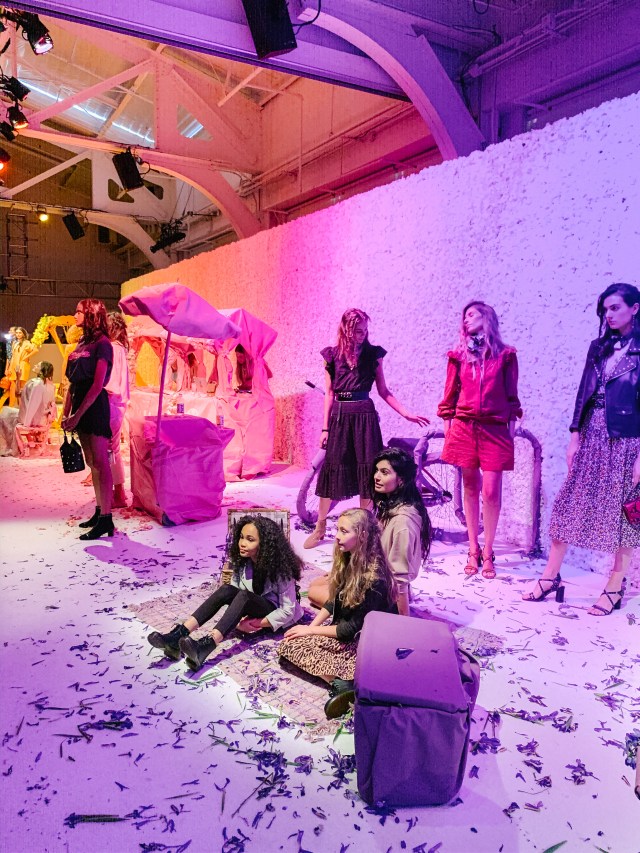 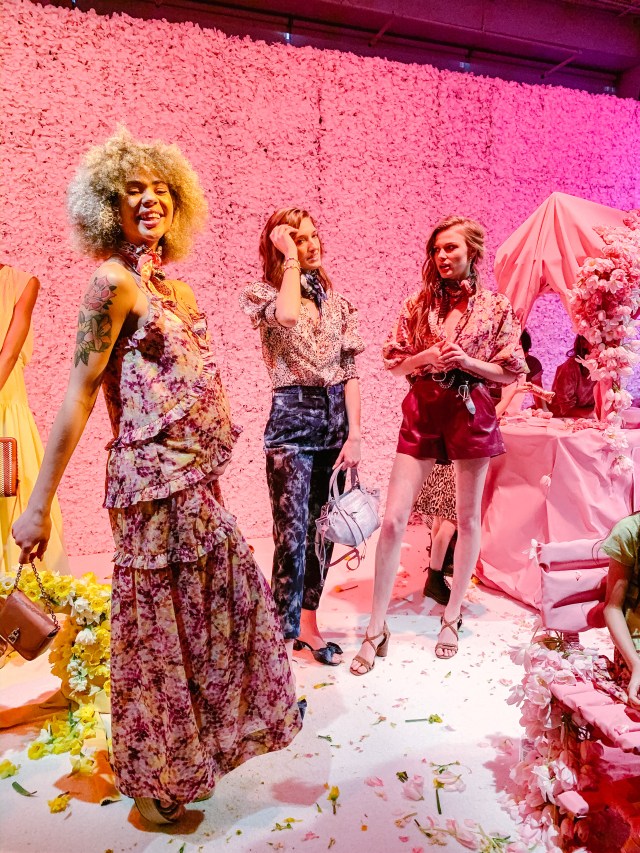 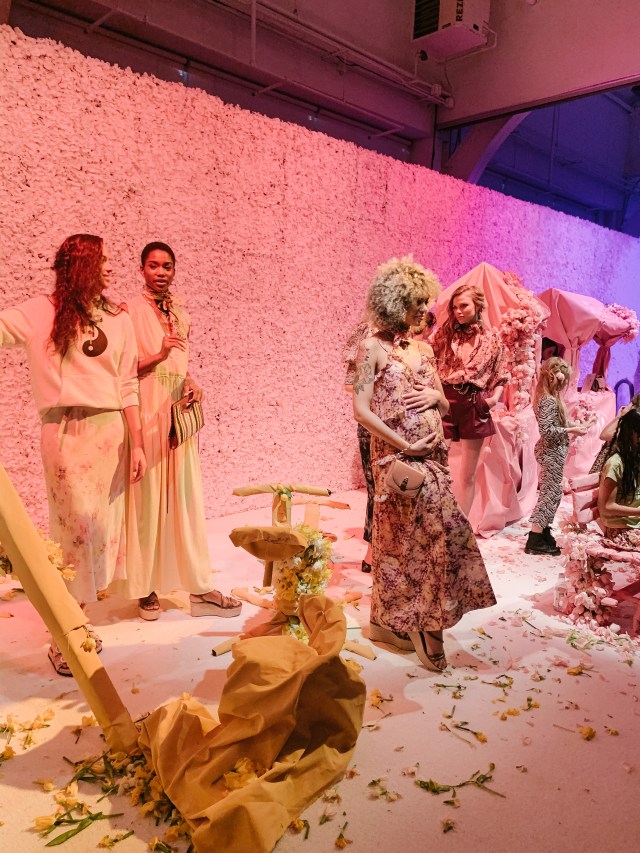 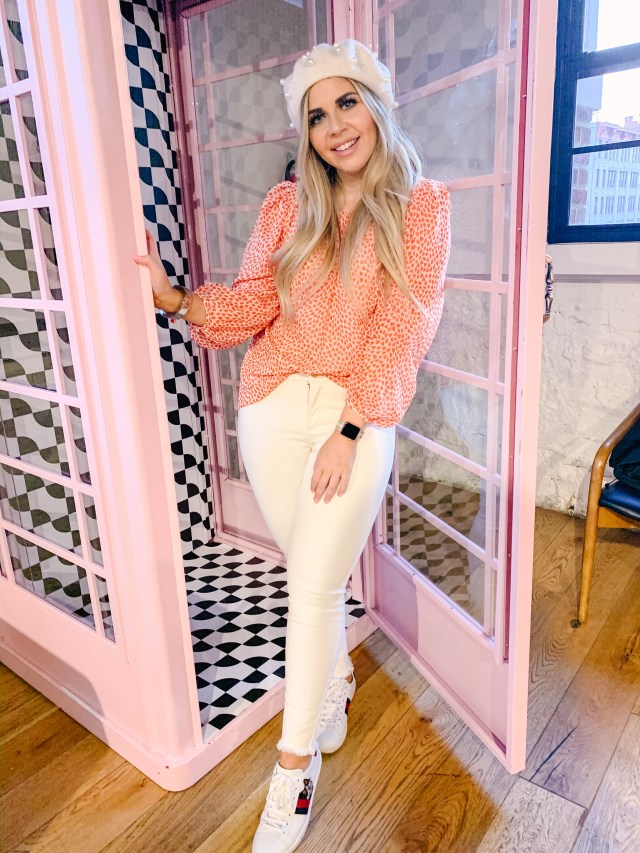 After Showfields we walked over to Spring Studios for the Chiara Boni La Petite Robe show. The show definitely had a Spanish influence and featured bold fringes, polka dots, and silk details in some of the gowns. I loved the colour palette as well. Although there were some muted tones, she also threw in lime yellow, bubblegum pink, and kelly green into the mix to add a little dimension and flair to the line up this season. 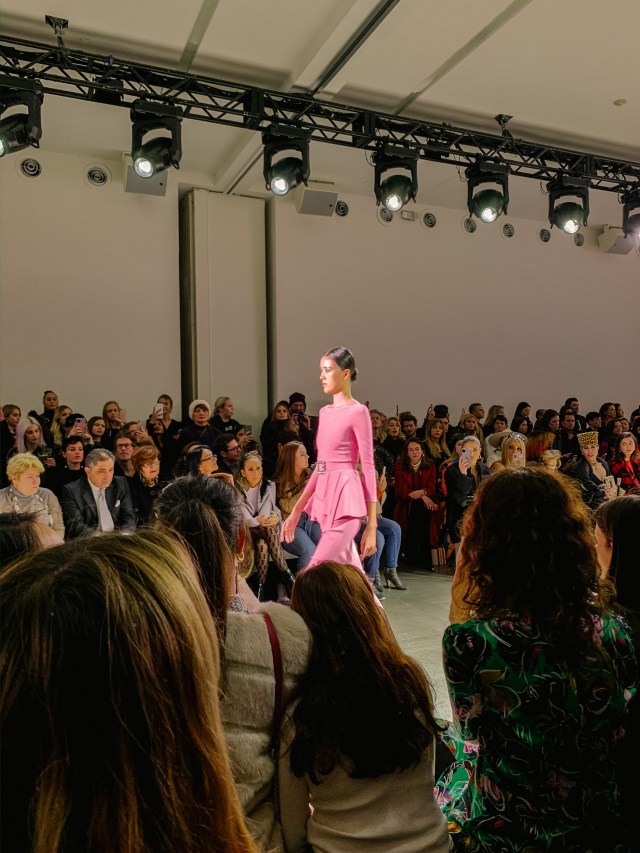 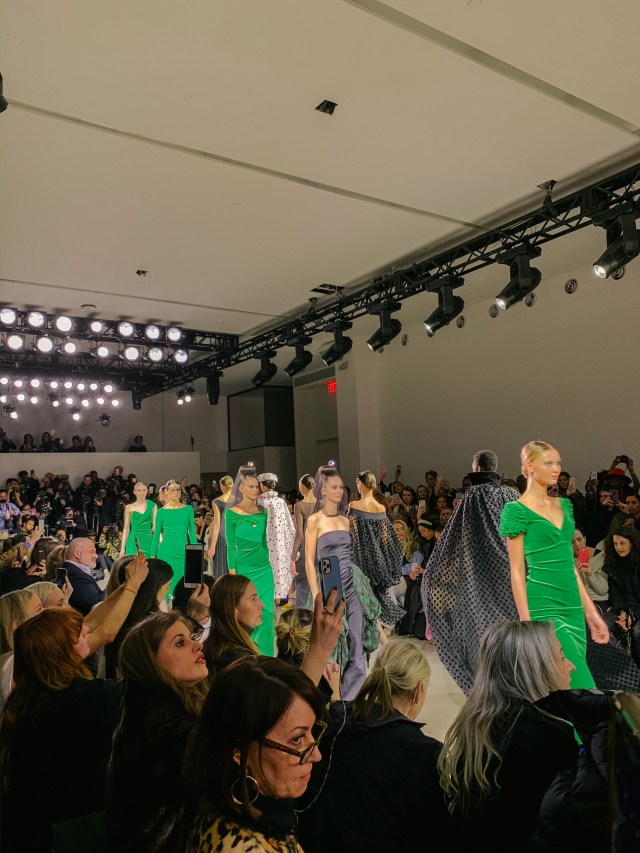 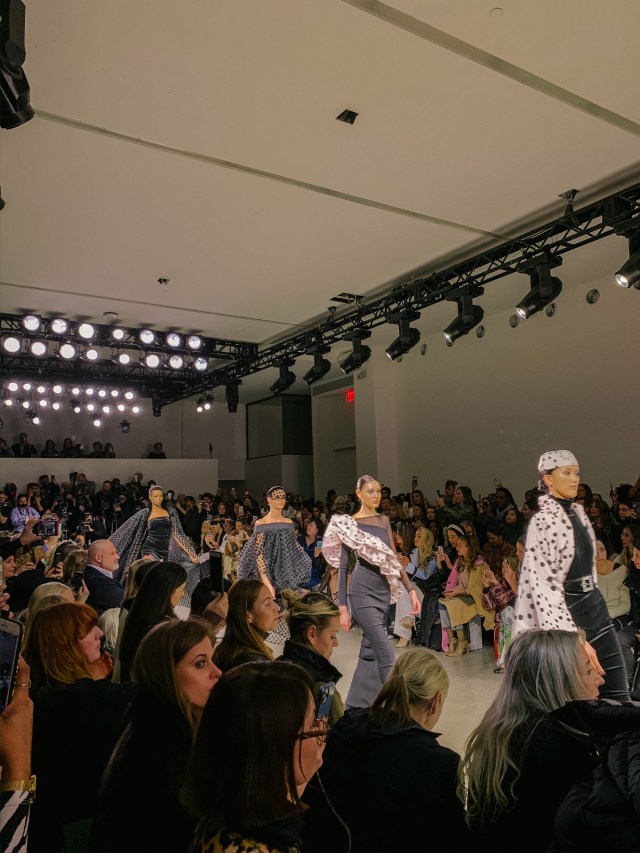 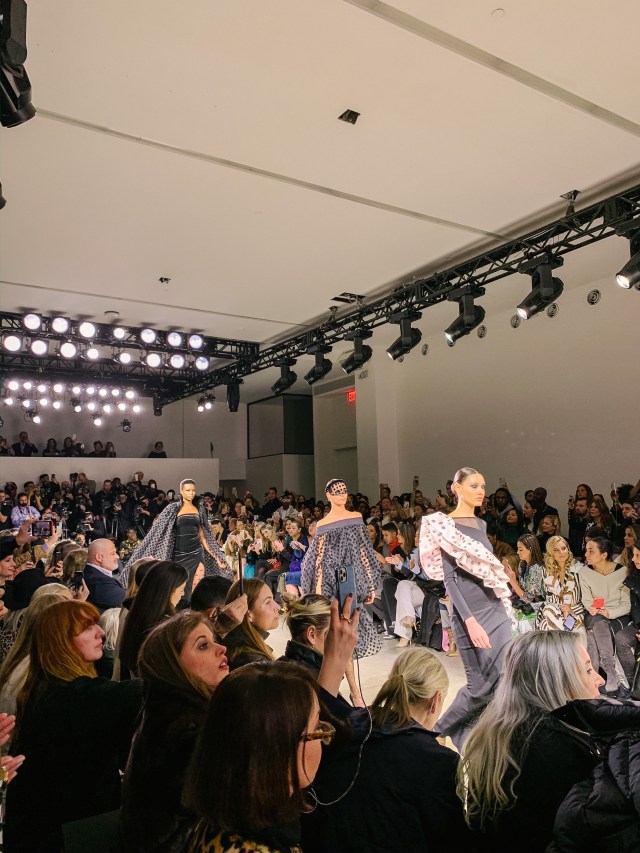 On Sunday I got to sleep in a little bit before making my way to SoHo for backstage with Jonathan Cohen. The hair for this show was inspired by the ’60s and had French nouveau vibes mixed with the cool girls of today. Models were cast with bangs, which were kept as is, and they enhanced the natural texture of the hair on each model, an example would be a soft, loose wave. The hair was lightly curled and half tucked behind the ears. There were a couple girls who had an afro texture and they corn-rowed the hair and sewed pearls into the rows for a dramatic, feminine effect (which I can totally see going mainstream). Star products used were the Bumble and bumble Hairdressers Invisible Oil Soft Texture Finishing Spray and the Does It All Light Hold Hairspray.

This show was very special since I got to fully experience the magic of what goes into the show. The space where they did the hair and makeup was very small (compared to where they did Self Portrait), so it was a little tight in there, but I did get to see the run-through which was awesome. I was also lucky to snag a seat to this one and I loved every detail that went into his collection. 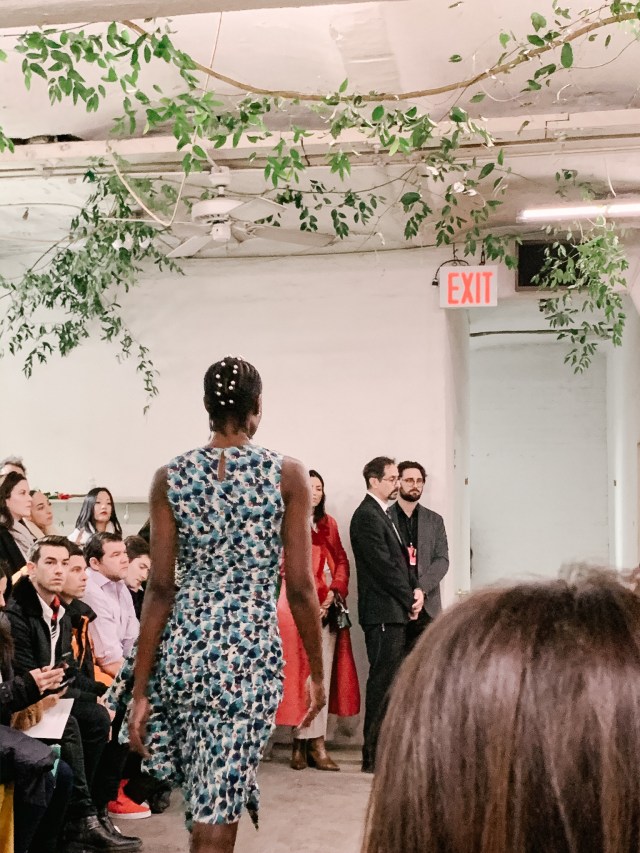 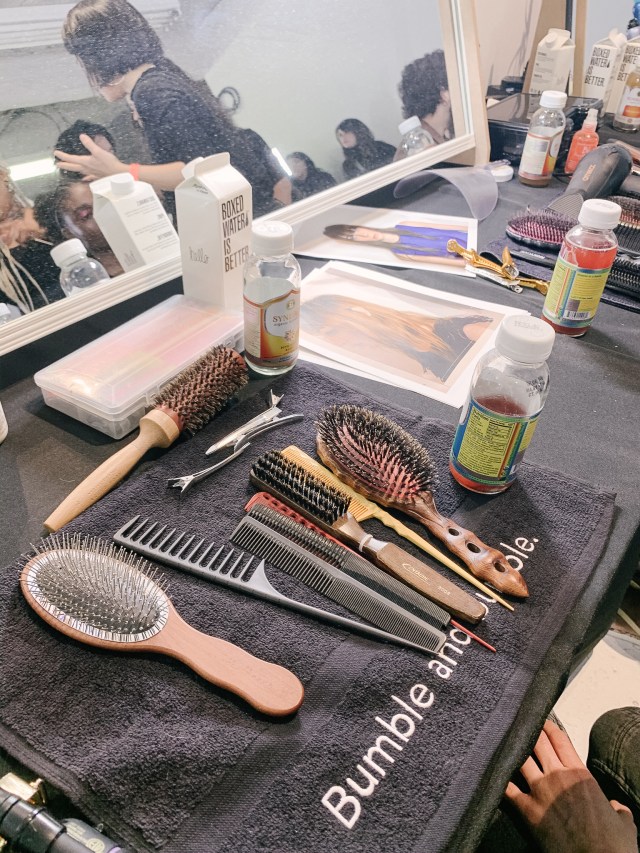 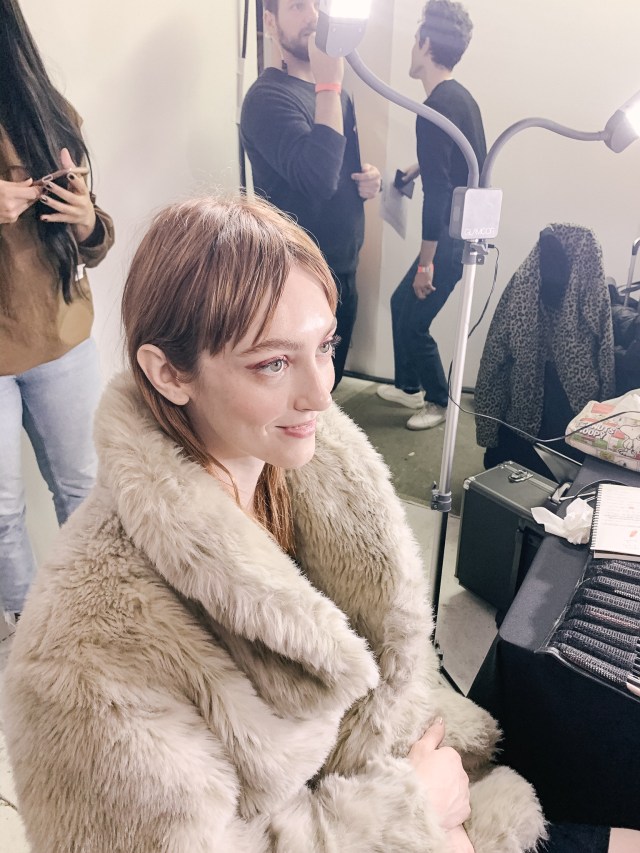 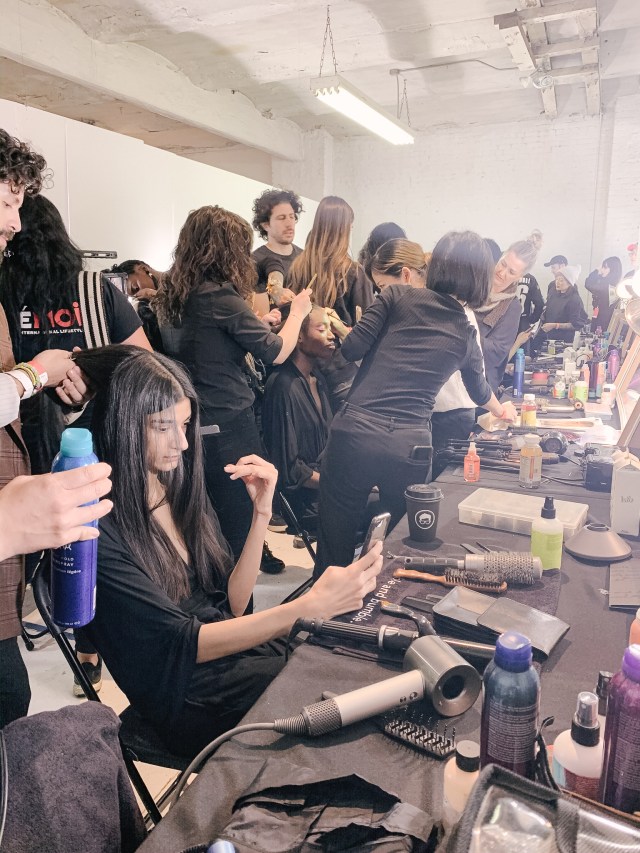 Jonathan Cohen’s fall 2020 collection is inspired by the rose and all of this prints began with the gestural sketches of roses in various states of bloom. The shapes of the clothing was fitted closer to the bodies and they also produced the clothes using sustainable materials.

After Jonathan Cohen we walked to Tibi to check out their presentation at their SoHo store, then I gladly headed back home to do all my usual Sunday errands.

Today and tomorrow are going to be a busy ones for me, but come Wednesday I should be back to my normal schedule. As I’ve said before, NYFW is a lot of fun, but it’s also very exhausting. Regardless of how tired, sick (I got a cough as soon as I landed in NYC), or beat up my feet are (you don’t even want to see the amount of bandages on them), the experiences I have gotten through doing this have seriously been so incredible.

Which show would be your dream one