Fit for a royal: CoverGirl Her Majesty eyeshadow palettes and TruNaked Queenship sticks - A Pop of Colour 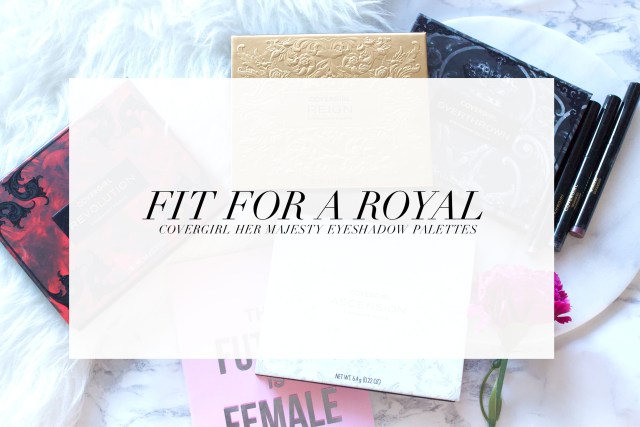 I’ve been digging their TruNaked Eyeshadow Palettes for years now, so when I saw that they came out with the cutest royalty-inspired palettes earlier this year, I just had to try them. The problem was that they are actually only available in the U.S.

When I went to the CoverGirl store in Times Square this past summer, I had a makeup done and the artist actually used one of these palettes. Since I was also meeting with their American PR, they were so gracious and mentioned that they could send them over to my New York address. The reason they are only available in the U.S. is because it’s a Walmart exclusive, and although we have Walmart in Canada, a lot of times these organizations will be separate entities of each other. 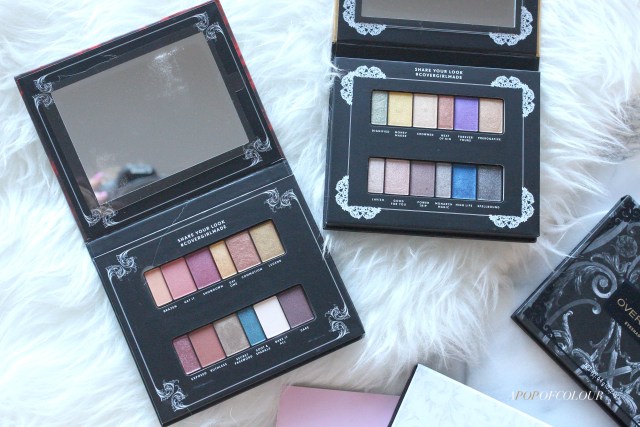 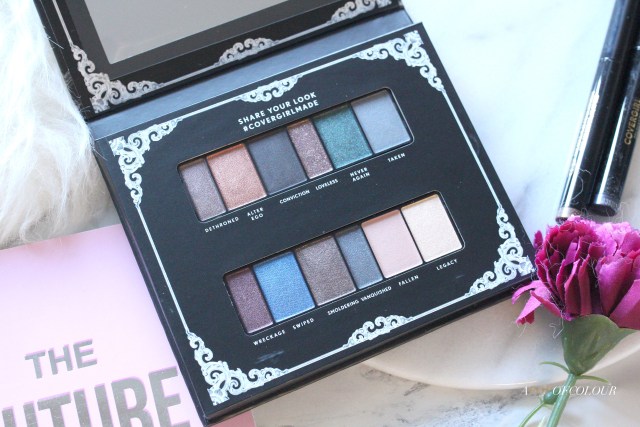 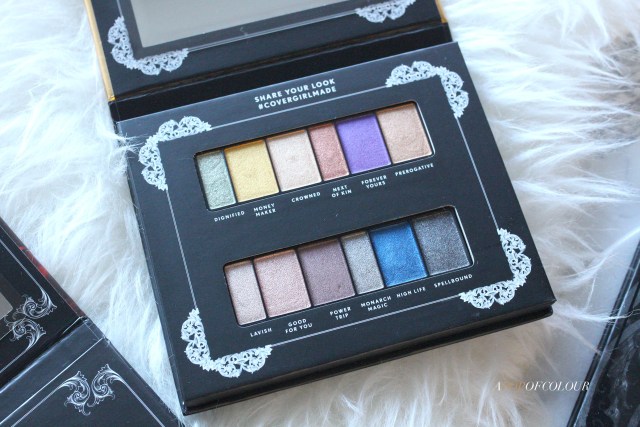 The limited-edition Her Majesty palettes came out in April of this year (just in time for the Game of Thrones finale) and are four different royalty-inspired palettes. Each one offers up 12 shades of shadows that are pigmented, creamy, and blendable. Each palette has a different theme and contains complementary colours for a very royal look.

There’s Revolution, with oranges, browns, reds, and blues; Overthrown, with darker jewel tones like greys, browns, blacks, dark purples, and creams; Ascension, with pastels like golds, pinks, creams, and browns; and Reign, with golds, greys, blues, and browns. Each palette is significantly different and offers an array of shades to create multiple looks. 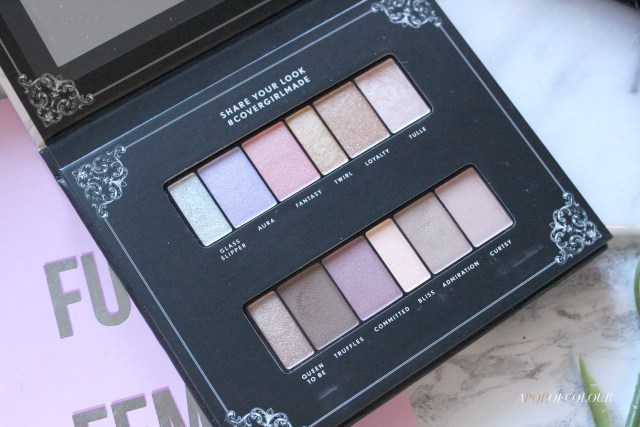 My favourite palette is obviously Ascension since I wear a lot of lighter colours. I feel like this one is the most usable of the four since it has a nice variety of different colours to create both daytime and nighttime looks.  I have used all four palettes, but find Ascension and Revolution to be my favourites.

Although these are available at Walmart in the U.S., if you are making a trek down, pop in and see if they are in store. They are still available online and retail for $14.98 USD. I would say that the formula is the same as the TruNaked palettes, but these are obviously more fun and give you a wider shade range to choose from. 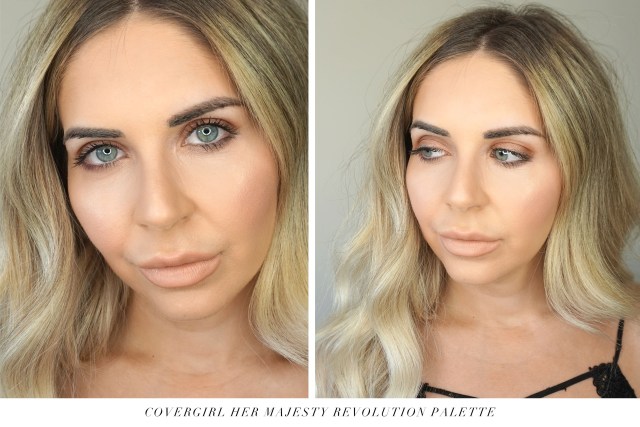 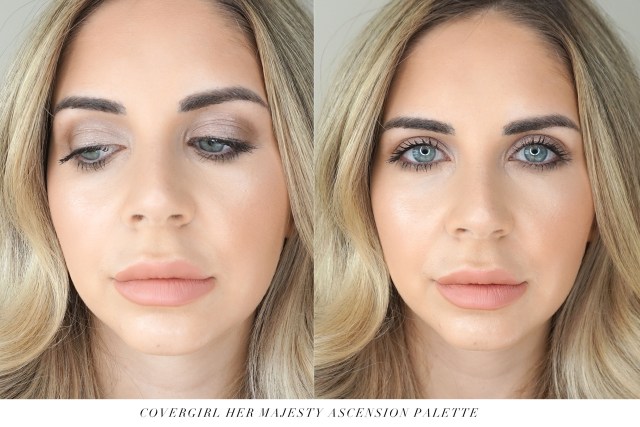 To pair with the eyeshadow palettes, you may want to also pick up some of their TruNaked Queenship Shadow Sticks, which also launched earlier this year. These retractable stick cream shadows remind me greatly of the Laura Mercier Caviar Sticks and come in eight shades from light to dark.

I received three of these guys from CoverGirl and unfortunately I believe that these are also exclusive to the United States. I do have a few similar ones from previous years, so I think that CoverGirl did at one time have something close to this in Canada, but it looks like they may have discontinued them.

If you can get your hands on some of these, they can be worn either by themselves or as a base for your powder shadow. I like using them underneath these palettes or with other eyeshadow palettes I own.  They are also great for hot weather, since I tend to wear more cream products if I’m spending more time out in the sun. 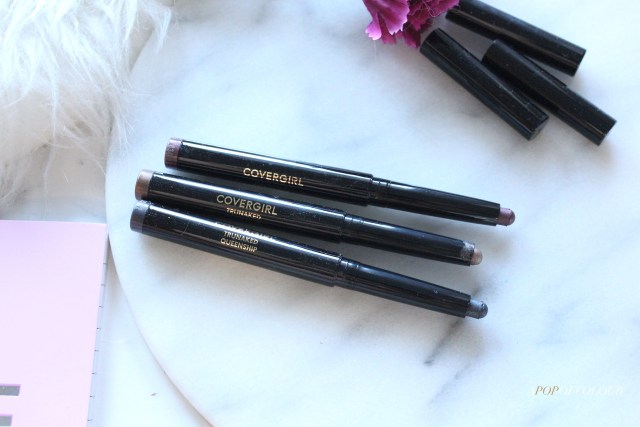 The CoverGirl TruNaked Queenship sticks retail for $9.99 USD and are available exclusively at Ulta (which explains why Canada doesn’t have them). If you are Canadian though, you can order through the Borderfree Ulta site or just make the trek down (who doesn’t like a little vacay or road trip to the U.S.?!).

Let me know if you pick any of these up and what you think of them. I love both products and really hope that CoverGirl brings them to Canada eventually since they both perform like their more expensive counterparts.

Have you tried the CoverGirl Her Majesty palettes or the TruNaked Queenship Sticks?

Please note, products provided by PR. All opinions are my own.