Wrinkle-free: My experience with Botox - A Pop of Colour 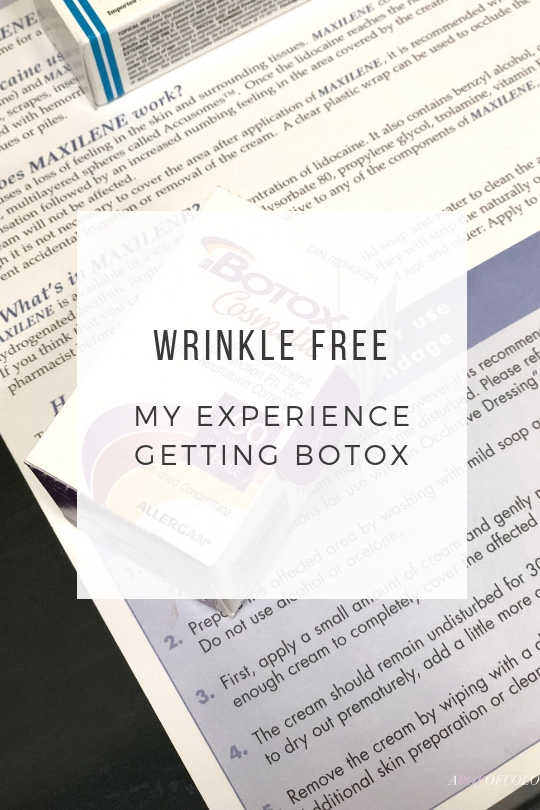 I never thought I would get Botox.

I’ve been getting lip fillers for the past three years and I remember when I started with that, I was like, okay, this is probably the only filler I would ever get (I mean I also said that after I got my first designer bag)…

When it comes to Botox, there is such a stigma around it. Will it make me look I am in a constant state of shock? Am I cheating the aging process? Do I really need it?

I turned 30 this past May and although I have always prided myself in having amazing skin, I did start noticing that crow’s feet were starting to develop around my eyes.  I feel like usually when people get Botox, the forehead and the lines between your brows are the first to get treated, however, since I’ve been taking amazing care of my skin for years now (and I guess I don’t use my forehead muscles that much), my forehead still looks smooth and wrinkle-free. What was starting to wrinkle were those little lines around my eyes when I smiled. 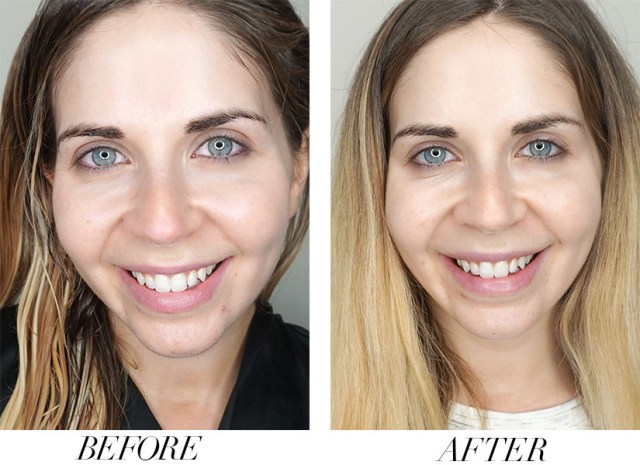 Now as you can see in the before photos, they really weren’t that noticeable, however, the great thing about Botox is that it’s a preventative treatment for down the road. Why do you think so many 20 years old get Botox? It’s because they don’t want to get wrinkles once they start turning 30 (or even younger).

In case you don’t know what Botox is, it’s a neurotoxic protein that is injected in the skin to help a wide variety of problems. It’s most widely used to smooth facial wrinkles, however it can also prevent excessive sweating (it’s very popular for those who have hyperhydrosis or severe underarm sweating), migraine headaches, hair loss, and a ton of other uses. In fact, it was first discovered four decades ago by an ophthalmologist who wanted to help a patient who had double vision. He ended up injecting a small form of botulism toxin, which is the world’s deadliest poison, into the patient’s eye muscles.  That eye doctor ended up selling the rights to Allergen in 1991 and it was cleared by the FDA in 2004. Without getting too sciencey on what it is, essentially it’s formed by spores of a bacteria, which latches on to receptors in skeletal muscle, nerve endings, the brain, and some smooth muscle.  It blocks nerves from sending signals to the muscle to contract for short-term periods. Although it has done wonders for people with various medical issues, it’s most famously used to prevent wrinkles from forming or to smooth out existing wrinkles.

Since my crow’s feet were very small to begin with, I wanted to get it done for more preventative measures. Meaning that since the muscle will be paralyzed in my eye area, that means that it will delay the effect of wrinkles.  As we age, our skin gets thinner, drier, and less elastic.  This leads to wrinkles, creases and lines. With Botox, your skin essentially doesn’t move since the muscles are paralyzed, meaning that there will be no long-term depressions in the surface of the skin.

A lot of clinics offer this treatment, whether it’s a dermatology clinic, a plastic surgery clinic, or medical spas. I ended up going to Self Aesthetics here in Winnipeg, located at 2-455 Sterling Lyon Parkway. The clinic is relatively new and although they specialized in laser hair removal, they also offer Botox and other cosmetic injections as well.

I went to the clinic a couple weeks back and met with nurse Bev, an medical injector who has years of experience doing this type of thing. Bev was super knowledgable about Botox and how the facial muscles work and filled me in on all the 411 behind the treatment. Since I’m so young, she ended up doing three units on the top and two on the bottom, which were spread half a centimetre apart. I also asked for a slight brow lift, so she did three units per brow. When it comes to Botox, I think the biggest question people have is “how much is it?”. They price the treatment based off units, so essentially each vial of Botox contains 100 units. Botox actually comes as a powder in a vial, and then depending on how many units you require, the nurse adds saline to the powder to create the formula, which is then injected in the skin. At Self Aesthetics, they change $10 a unit, so it’s tough to say how much it would be for each individual and the area they want treated, since everyone would be different. For me though, for 16 units of Botox (crow’s feet and brow lift), it would have cost $160.  Definitely not as much as I thought it would be.

As for the actual injecting, they use a shorter needle than the one that they use for Juvederm (what I got done for my lips). She also didn’t use a topical freezing product to freeze the area beforehand. I have a pretty high pain tolerance but she did put an ice pack on the area prior to treating it (it didn’t really hurt BTW, just a slight pinch).  Other differences between lip injections and Botox is that it’s not an instant result. For me, it took the full 14 days to see results. It’s also a really quick process and there is no downtime. By comparison, when you get your lips done, your lips will swell up for a few days and you can definitely feel the product in your lips (they feel hard and it’s hard to chew as you can’t move them that much since they are stiff from the injection).  Although you can have some slight bruising with Botox, I didn’t actually experience any of that. Honestly, it was like I didn’t even get it done. It was in and out, super quick, super painless. 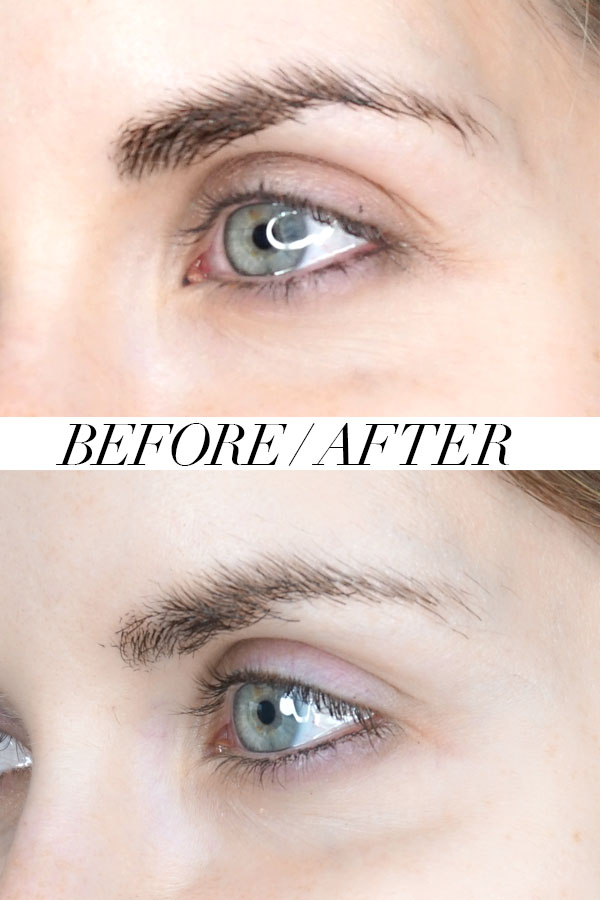 So how long does it last? I was told because I’m so young it will last a little shorter time for me, approximately three months. The Botox peaks at two weeks, so although you may not see instant results when you leave the clinic, it will get better over time.

Overall, I’m very happy with how it turned out and was very impressed that it made my little baby crow’s feet disappear. I don’t know if I would keep it up every three months, but I’ll definitely do it a couple times a year to keep that area in check. If you’re thinking about getting it down but scared of the judgement, my best is advice is don’t be. Honestly, it’s your body, who cares what people think. For me, it’s such a subtle difference that people wouldn’t even notice.  You’re also not going to look shocked if you get it done (another misconception); you’ll still have full control of your facial muscles.

If you are interested in getting Botox done in the Winnipeg area, I highly recommend Self Aesthetics. Bev did an amazing job and I’ll definitely be going back!

Have you tried Botox?

Please note, I partnered with Self Aesthetics on this post. All opinions are my own.

Like what you read? Check out these related posts