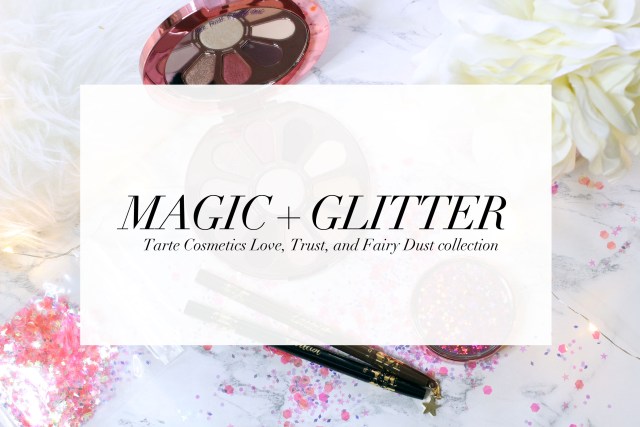 Love pink and glittery things? Honestly, who doesn’t?  Well if you’re a die-hard like me, then you’ll need to get your hands on Tarte’s newest items

Tarte always kills it with their collections and hot on the heels of their mermaid items that were released a couple months back, they have just come out with a fairy collection to keep things magical (seriously what is the next mythical creature to have its own collection?). Okay, so before we get into it, can we just talk about the packaging on these items? Both the eyeshadow palette and the blush feature a pink and purple glittery top that it so sparkly and pretty that you’ll want these items just to display on your vanity. The glitter on the blush actually moves around in the casing, whereas on the eyeshadow palette it’s just for show. The rest of the packaging is a metallic rose gold that complements the sparkle.

The Love, Trust, and Fairy Dust palette (C$49) features 11 shades that you can use on the eyes and cheeks. If you have blue eyes you are going to love this palette since it is full of neutrals and pink tones, which are perfect for making your eyes pop. The formulas in here are a combination of mattes, metallics, and glitters. The 10 shades around the palette are for the eyes, whereas the big one in the middle (Flower Crown) can be used as both an eyeshadow and a highlight (I used it in my photos below).

Each shade in here goes on quite creamy and although I did find some of the metallics to be a little tricky, a little dash of setting spray on your brush really helps with getting the colour to apply the way it’s meant to. I definitely think that this palette is more usable than the mermaid one that Tarte came out with last season. There is a better combination of colours in here and if you wanted, you could just use this one palette for your whole eye look, which I found the Be a Mermaid & Make Waves palette lacked. 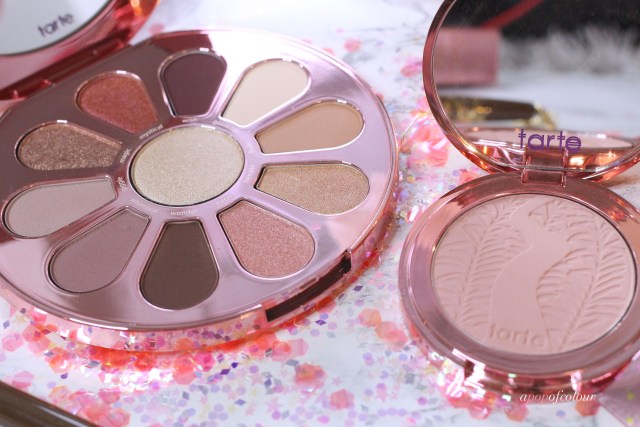 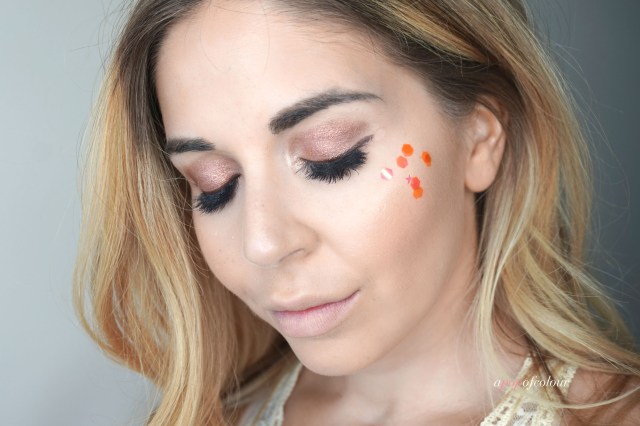 Now if you’re not in the market for a new eyeshadow palette (but really, does anyone ever have too many eyeshadow palettes?) but want to pick up an item from this mystical collection, then the Amazonian Clay 12-Hour Blush in Fairy Flush is the way to go. I’m not a huge blush person, I could have one blush and be happy, but as soon as I saw this colour (and obvi the packaging), I fell in love.

This blush is the most beautiful light rosy pink shade in a matte finish that leans towards a lilac colour. Since it’s their Amazonian clay formula, the product is very soft, hence preventing harsh lines or a chalky build up. It goes on smoothly and settles on your skin nicely, giving you a rosy glow. The clay also helps to control oil and infuse moisture for balanced skin and seamless blending.

This blush (as well as the eyeshadow palette) actually features a magnetized pan, so once you run out of it, you can pop it out and replace it with a difference Amazonian clay blush since you’ll definitely want to keep the container. 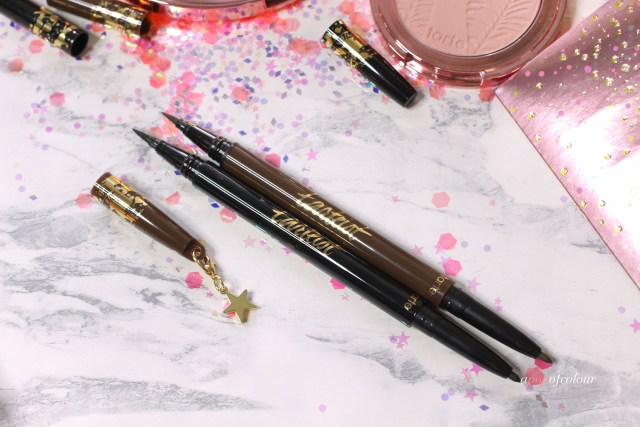 Tarte also jazzed up their Tarteist Double-Take Eyeliner in the colour brown (C$29).  This eyeliner (which joins their bestselling version in black) is a vegan, dual-ended waterproof liquid eyeliner and gel pencil that also includes their Amazonian clay.  The one end has a self-sharpening gel pencil that you can use to define the eye area, whereas the other end features a liquid eyeliner that goes on glossy but dries semi-matte. The colour is quite pigmented, so although it’s brown, it’s still noticeable, but not as harsh as the black is.  Honestly, I feel like this whole collection is made for people with blue eyes, since I tend to wear brown liner a lot due to the fact that it’s more wearable for everyday as opposed to black.  Obviously this would look killer on brown eyes as well, but since I’m a blue-eyed gal, I know what works best for me and that’s pink eyeshadows and brown liner (hello Tarte fairy collection!).

Finally, although there are more items that Tarte came out with (including a pink sparkly version of Lights, Camera, Lashes mascara and a to-die-for brush set), they also came out with some face and body glitter that is one of those products that you totally don’t need but it’s so cool. 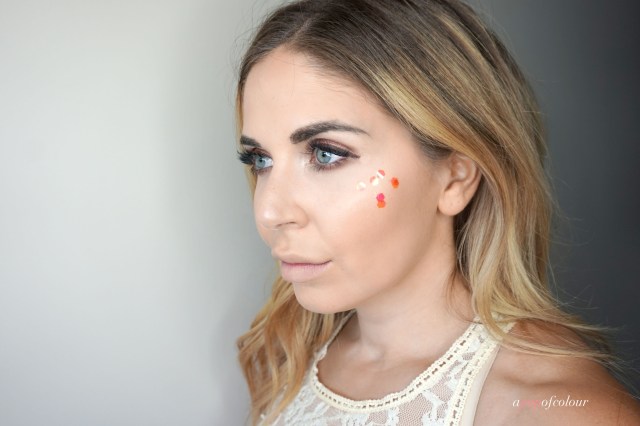 The Fairy Dust (C$12) is iridescent pink, silver, and gold glitter that you can apply pretty much anywhere. Obviously this isn’t for everyday use, but it’s something fun to apply for a festival, costume party, birthday party, etc. I will say that this does not stick on without some sort of sticky backing, so try layering it over a cream product for some extra hold. I used a setting spray for the photos, but I feel like after about 10 minutes it would start to fall off.

It’s a no-brainer that I’m kinda obsessed with this collection. Honestly, Tarte can do no wrong when it comes to their themed makeup items, and although I didn’t see fairies coming, I’m loving what they released here.

Will you be picking up items from Tarte’s Love, Trust, and Fairy Dust collection?

Products provided by PR, all opinions are my own.