Focus on my City: A trip around Winnipeg with the Ford Focus 1.0L - A Pop of Colour 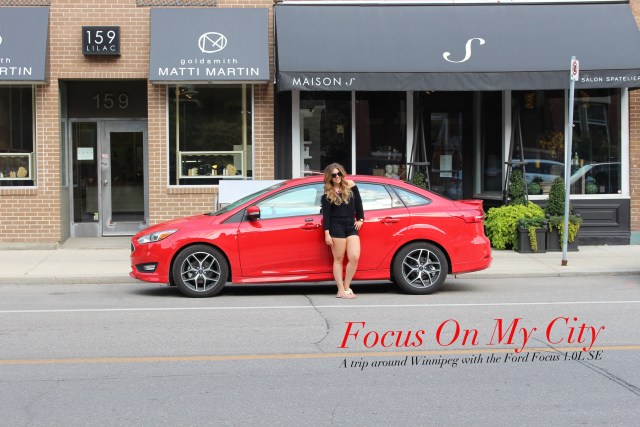 What would you choose to do if you were given a car for the day, plus a prepaid Visa?  Well, my best friend and I were tasked with that very question late last week as we got the opportunity to explore Manitoba, cruise around in the new Ford Focus 1.0L, and capture it all on social media (Follow me! Snapchat – apopofcolour; Instagram – shayna_apopofcolour, Twitter – @shaynawiwierski).

It was basically the best day-and-a-half ever.  We picked up the car Wednesday night and then Thursday after work the activities began. It actually ended up being perfect timing since my bestie was having her birthday party that Friday night anyways, so in true beauty blogger fashion, we chose to spend the two days filled with beauty-related activities. 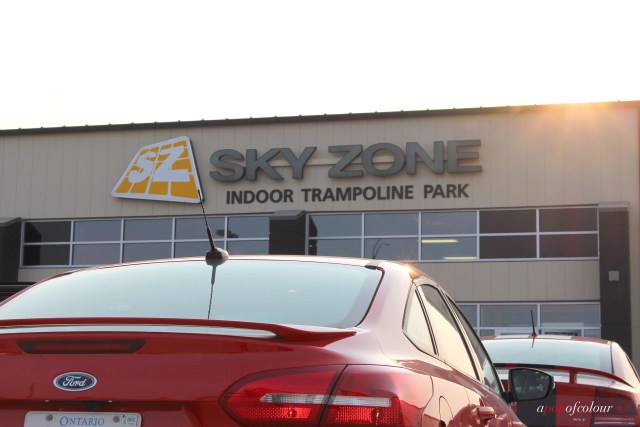 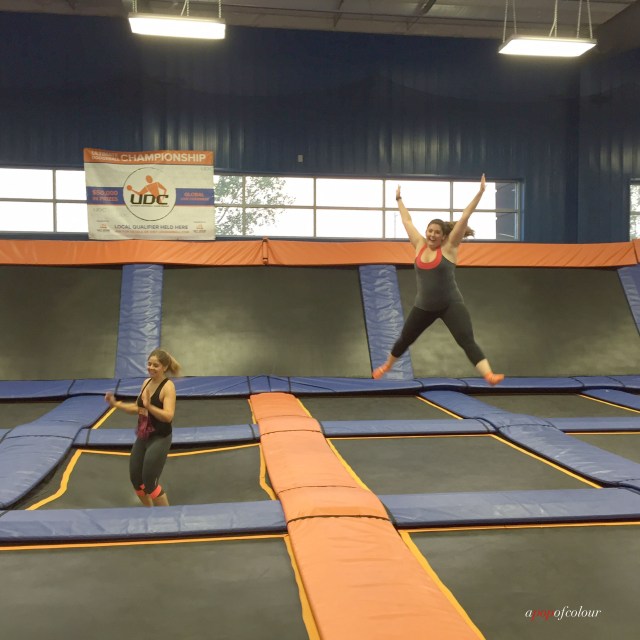 Our first activity was a stop at SkyZone, the indoor trampoline park, for the Skyfitness class, an hour-long fitness class that had us jumping around and doing tons of cardio and strength-training activities.  We both were new to the class but had a blast training in such a unique way (who wouldn’t love jumping around on a trampoline for an hour?!).

After Skyzone, we picked up another friend and my boyfriend and headed out to Lockport, Manitoba, a rural municipality about 28 kilometres north of Winnipeg, for burgers, hotdogs and poutine at the Half Moon Drive-In, a Lockport institution, and then ice-cream at Skinner’s, also a landmark diner in the small town. 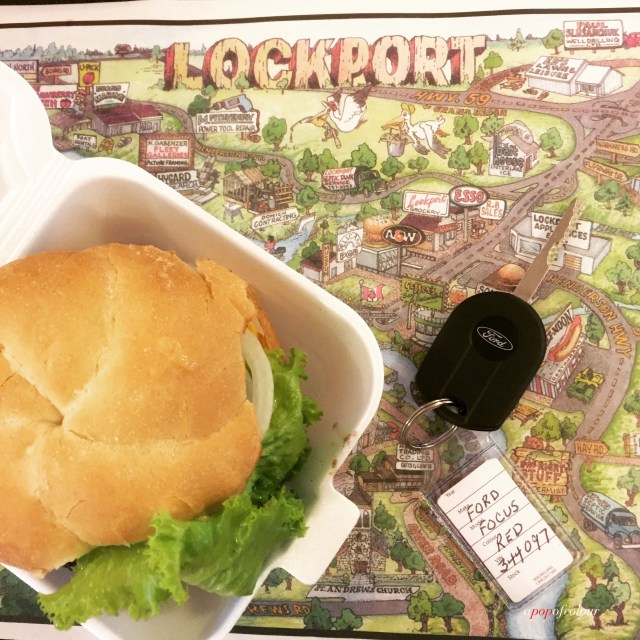 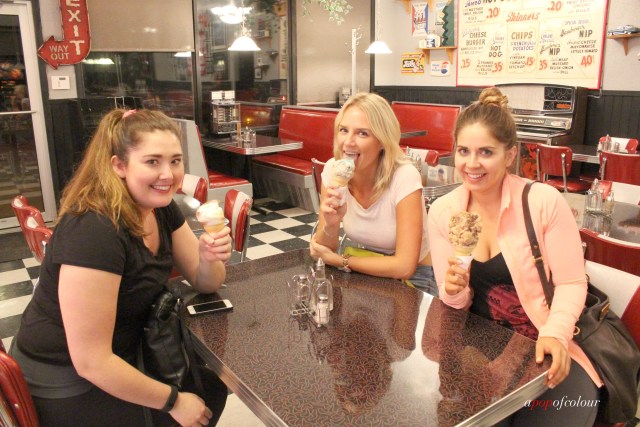 Friday was the day we were most excited for. It started off with my friend picking me up nice and early, since she drives manual, and then headed to Fort Whyte Alive for a nutritious breakfast at the Buffalo Stone Cafe, which is the only lake-side (albeit a small one) restaurant located in the city of Winnipeg that I know of. 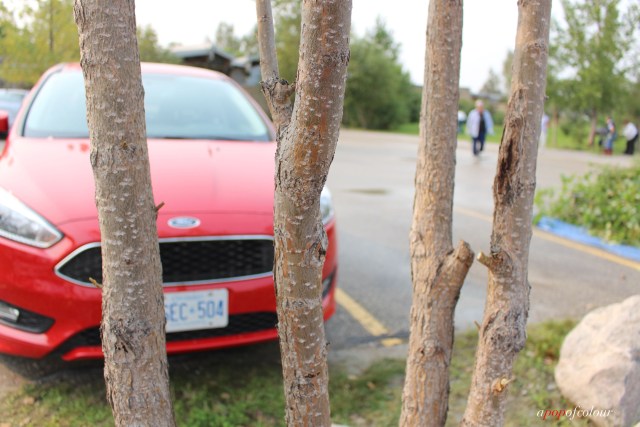 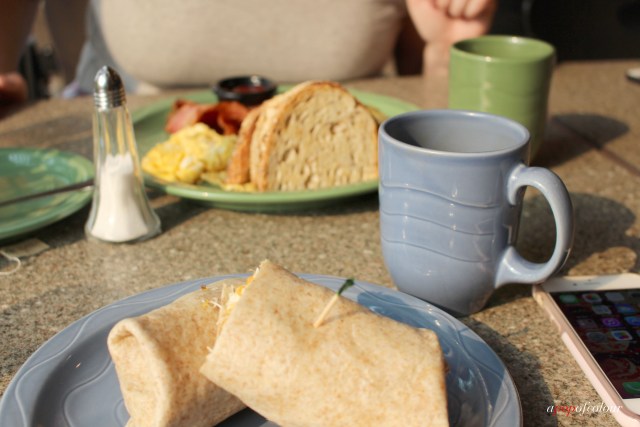 After Fort Whyte, we hopped back into the Ford and made our way downtown to The Fort Garry Hotel to get pedicures at Ten Spa.  Ten Spa is my ultimate relaxation getaway and is always a treat, so when I was told we can do basically anything, that was the first thing on my list.

We spent a few hours taking advantage of all the amenities, including their relaxing steam room, experiential shower, and yummy goodies (unfortunately we missed out on the hummus – they bring it out at 2 p,m.) before taking our place in the pedicure chairs for the next hour and a half. I chose a cute purple polish and my friend chose her usually pink shade, both by Deborah Lippmann. 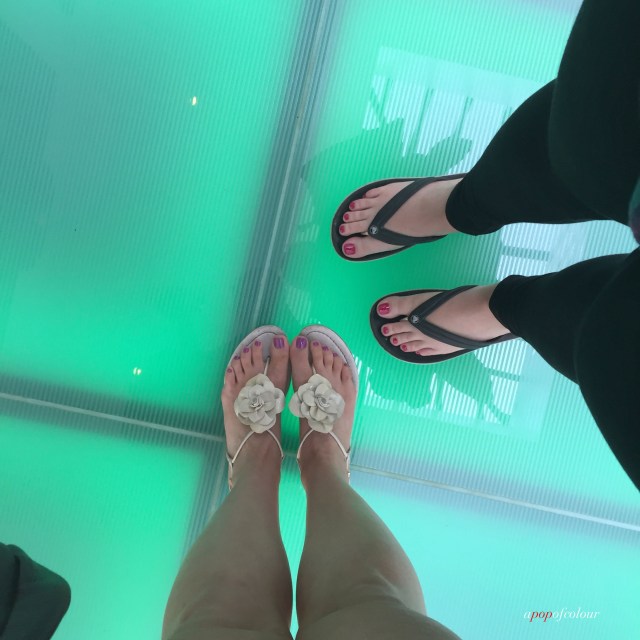 After Ten Spa, we raced (aka drove the speed limit) over to Bob and Page salon on Academy Road to get blowouts for the night’s activities.  Bob and Page is currently the only salon in Winnipeg (at the time of this post) to offer a blowout bar menu, which is something that we usually take part in in other cities. There’s nothing like the feeling of getting your hair washed, dried and styled all by someone else.

Since my friend’s appointment was 15 minutes before mine, I popped into Jenna Rae Cakes, which is directly next door, to get some sweet treats to munch on during our appointments. 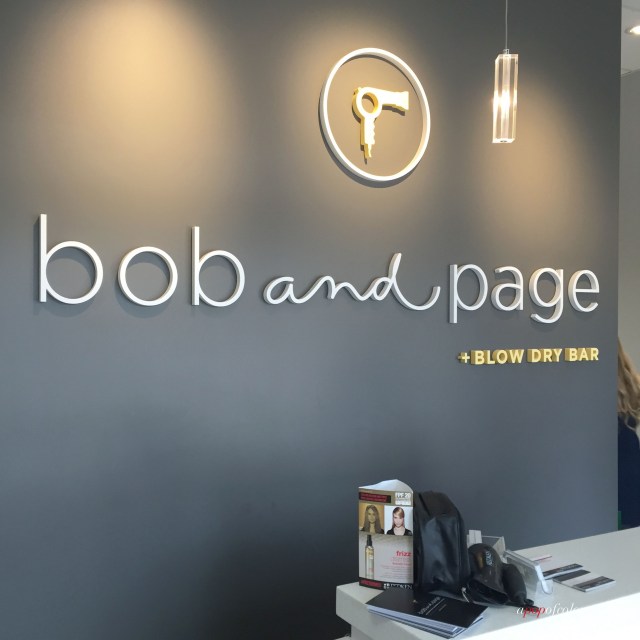 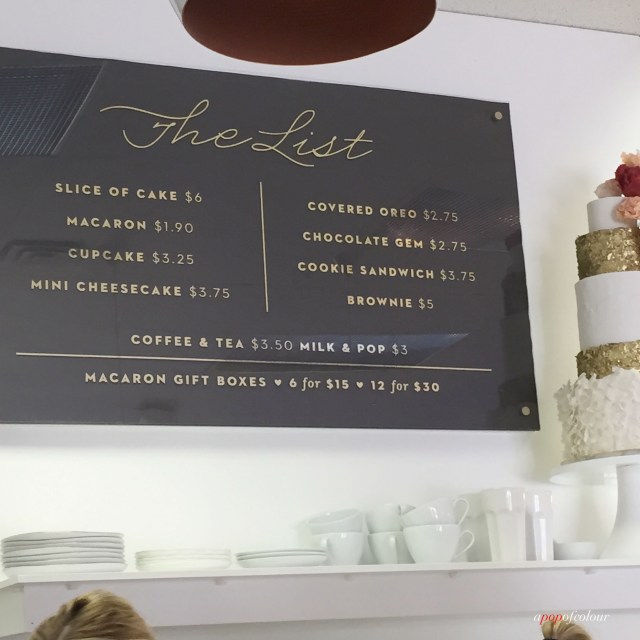 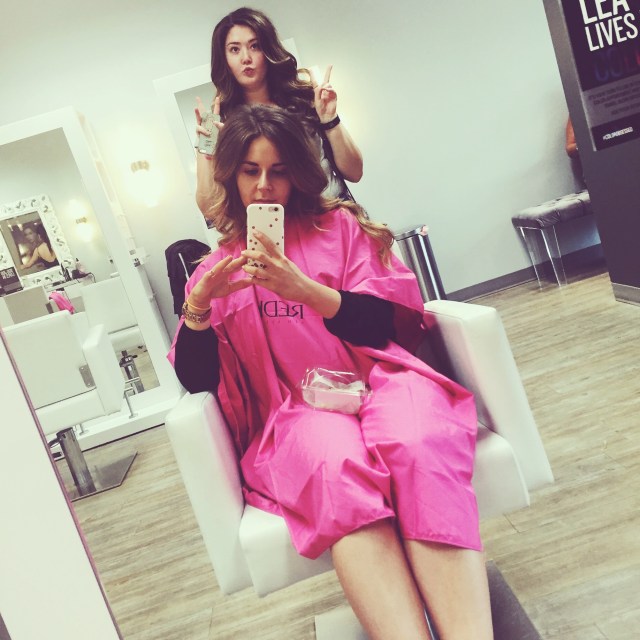 Since we had some time to kill after getting our hair done, we just had to visit Polo Park Mall to go to Sephora to pick up some lush Velour lashes for the night.  My friend actually rented a room at the Alt Hotel, so after dropping off the car we made our way over there to get ready and then ate dinner the The Merchant Kitchen. 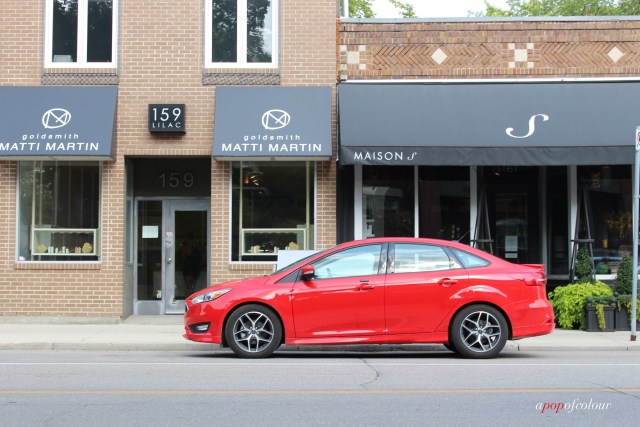 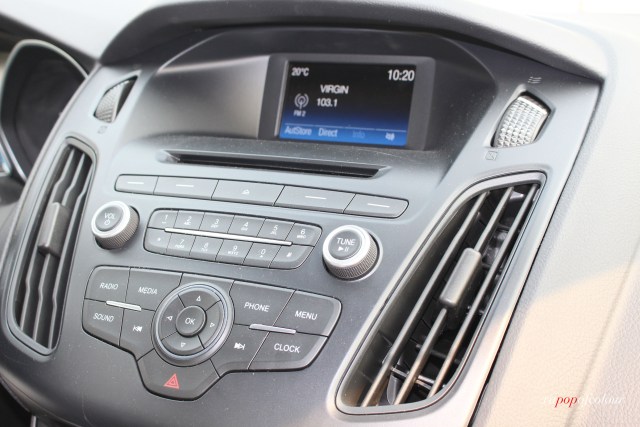 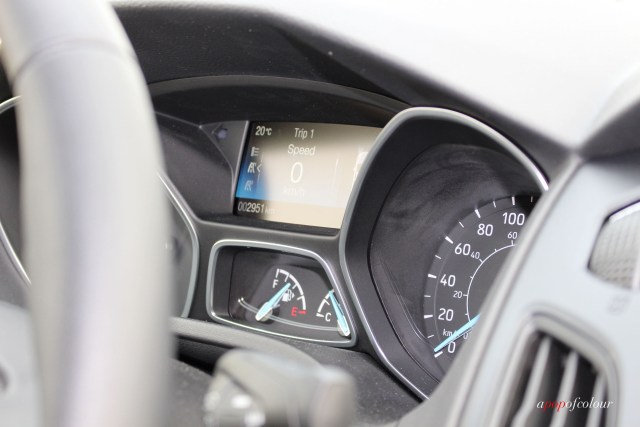 I was a bit sad I didn’t the opportunity to get behind the wheel of the Ford Focus (since the car we were given to test drive was a manual transmission), but I had a lot of fun in the passenger seat.  The redesigned Ford Focus 1.0L delivers a new exterior design, a completely revised interior, and advanced new technologies for improved comfort and safety.  The Focus offers driver-assist technologies, including a standard rear-view camera, along with available lane-keeping system and Blind Spot Information System. The 1.0-litre EcoBoost engine is also great for fuel efficiency.

Although I didn’t get the opportunity to drive it, I could take in all the features.  The media console screen was a tad smaller than what I’m used to in my car, but it offered all the same features that I usually use, including the rear-view camera when you put the car into reverse, as well as the driver-assist technology that helps making parking easier, and the in-car voice-activated system to make calls.  Something different for us was the Auto Start-Stop feature, which automatically shuts down the engine when the vehicle has stopped. When the feature shuts down the engine, the climate control fan, audio system, and headlamps will continue to function as normal. Honestly, it brought back memories of driving a hybrid vehicle.

We cannot think Ford Canada enough for the best two days ever. My friend and I have the exact same car (same colour and everything), so it was nice getting to cruise around in a different vehicle and exploring all that our city has to offer.

Have you tried the new Ford Focus?

Please note, I was gifted a Visa gift card to pay for this excursion, as well as the use of a car to travel around in. All opinions are my own.