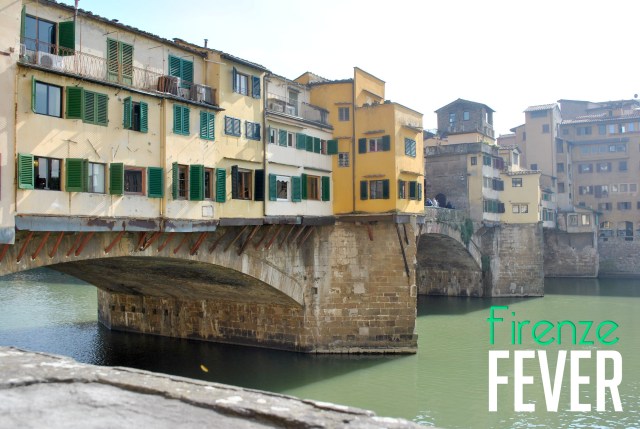 Feeling like my Roman holiday wasn’t all that glamorous, I popped on the train and headed to Florence.  Florence was the one place that everyone said I would love.  It’s beautiful, the shopping is great, and they are known for their cheap leather.  Well, my friends, they were right.

I arrived in Florence via the Frecciarossa high-speed train that gave me beautiful views of the Italian countryside.  The train ride was honestly probably one of the highlights for me being in Italy.  The ride lasts about an hour and a half but it really does fly by (literally and figuratively).

I chose to stay at PLUS Florence, which has the highest reviews for a hostel on Trip Advisor (which is HUGE in Europe by the way).  PLUS Florence is located about a 10-minute walk from Florence’s Santa Maria Novella train station.  PLUS, like The Generator is a boutique hostel chain with multiple locations throughout Europe.  This one didn’t even feel like a hostel to me.  I stayed in a six-person female dorm, but it wasn’t full on either of the nights I was there. The pink room was also huge and had a bathroom and a separate room for the shower.  There was also a little table and a large mirror for doing your makeup (always a plus in my books).  The hostel also had a pool, fitness facilities, a Turkish bath, a restaurant and bar on-site, and more.  I would say PLUS was definitely more of a hotel, rather than hostel.  The only thing negative I would say about it is that there were tons of youth tour groups, so you would have kids yelling and running up and down the halls late into the night and early in the morning.  They would also crowd the lobby and just outside the hostel during the morning hours.  With that being said, by the time I reached Florence, I pretty much lost all my Canadian niceness and would just shove the kids out of the way.  Rates start at 16 euro a night and I highly recommend this hostel. 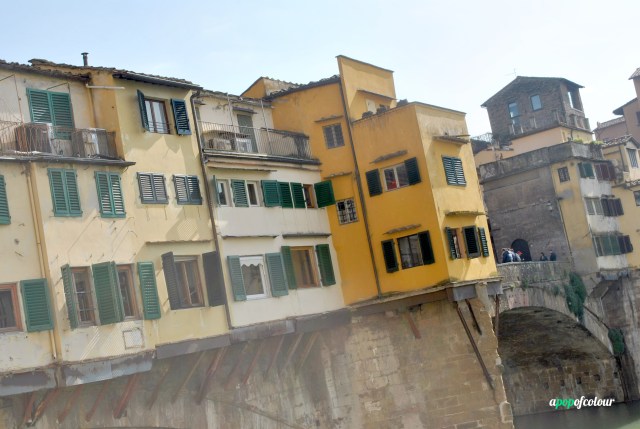 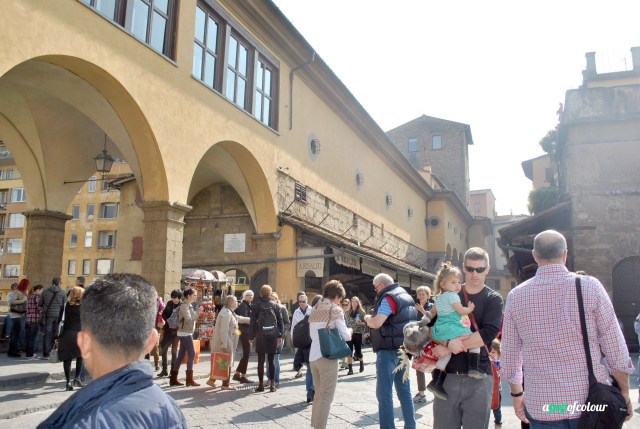 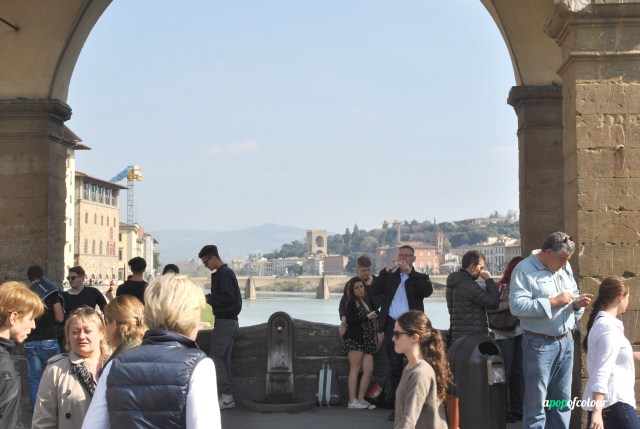 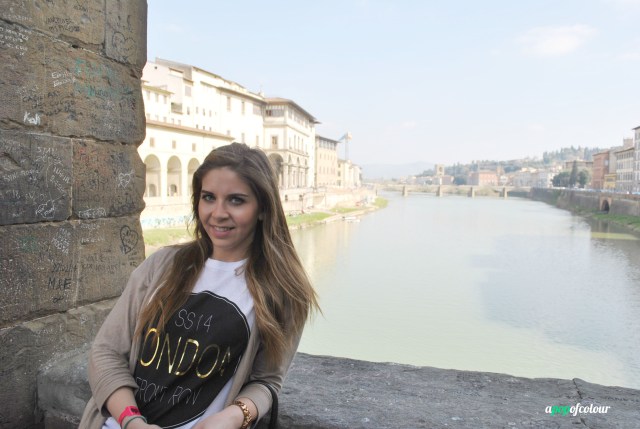 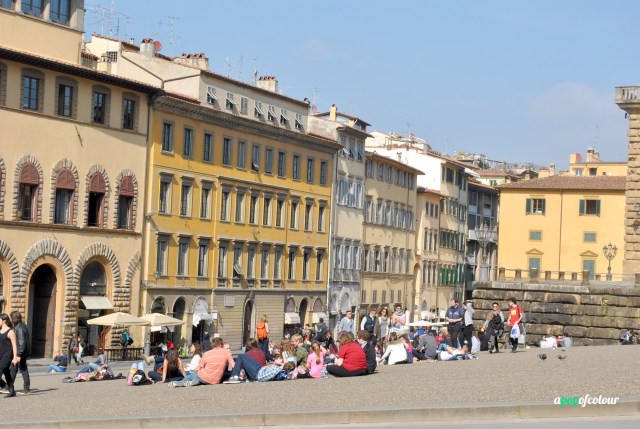 Alright, so the thing to know about Florence is that it’s quite small. There are lots of things to see and do in the city and luckily they are all quite close to one another.  The first day I walked by the Duomo, which is a massive church right in the centre of the city.  From there, I went to see the Ponte Vecchio, which is such an iconic bridge in Florence that houses shop after shop of beautiful jewelry.  Keep walking past the Ponte Vecchio and you will reach the Pitti Palace and the Boboli Gardens, which I didn’t feel like paying to get in (by that point I was over seeing all the touristy things, I just wanted to shop), but if you have read Dan Brown’s Inferno, they play a huge role in the novel. 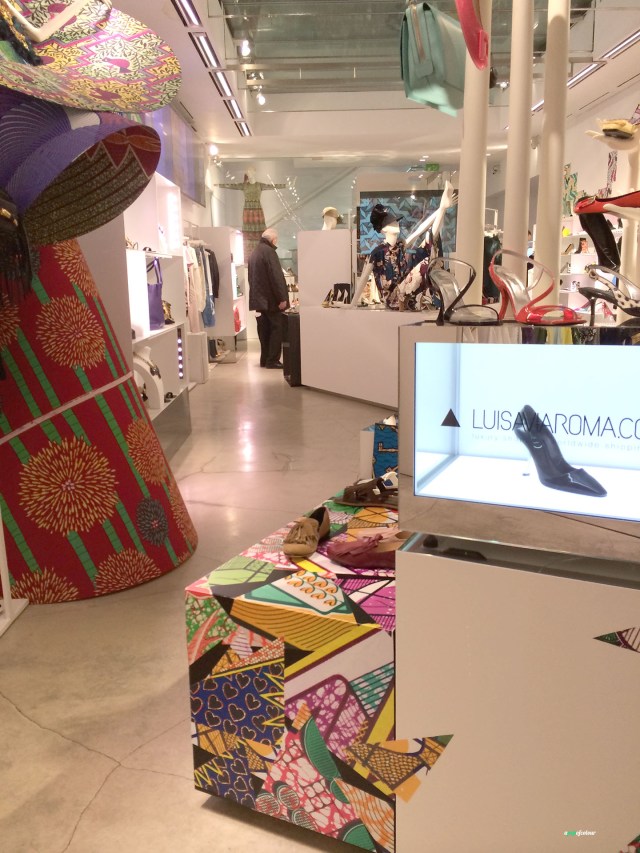 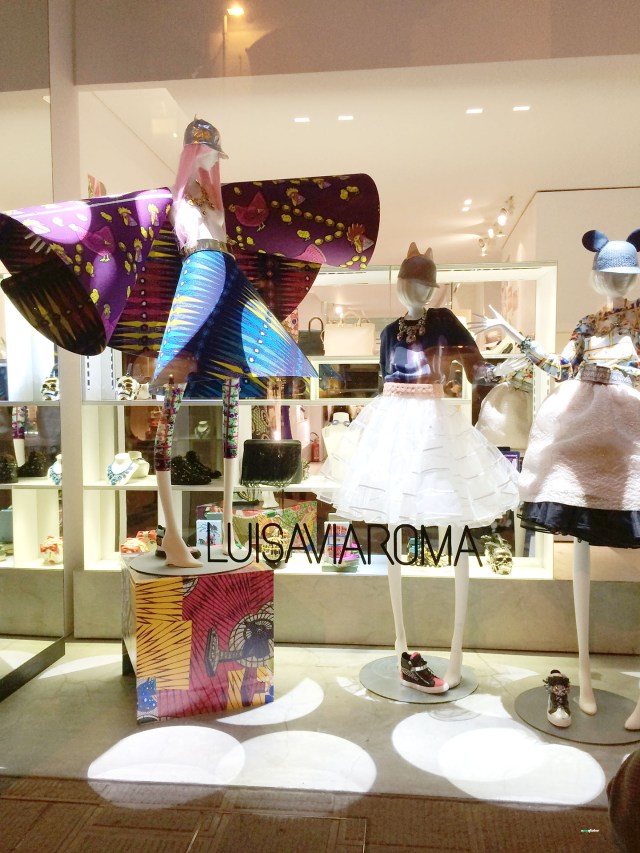 Florence, to me was all about the shopping.  The major shopping destinations are located right near the Duomo and include all the usual stores like H&M, Zara, Prada, Gucci, you name it. They also have two department stores, Coin and La Rinascente. The store I loved the most was LUISAVIAROMA, which carried items that were a bit out of my price range, but the pieces were just gorgeous to look at, plus the store itself is so esthetically trendy and modern.  For those who want leather, hit up the San Lorenzo market, which is located near PLUS Florence.  I bought my mom three leather bags, all of which were under 30 euro (hopefully they are real leather :p), I also got other little items, like a shirt for my brother and a scarf for myself.  The trick with these guys is to walk away.  They will quote you a price and the longer you sit there being like “I dunno…” the more they will lower it. Also, most of the carts have similar items, so if you see a bag you like at one stand, walk to another and negotiate the price. I also got some free items because I would just talk with the people.  The sellers in Florence were a lot more laid back then the other places I visited. 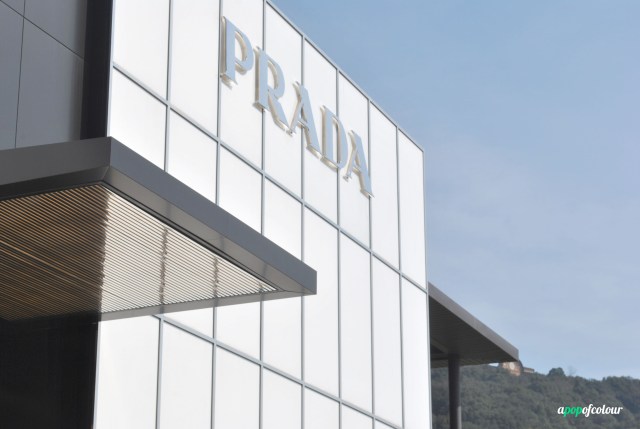 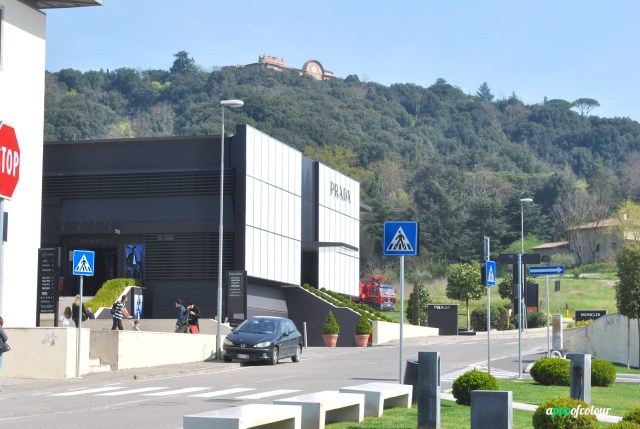 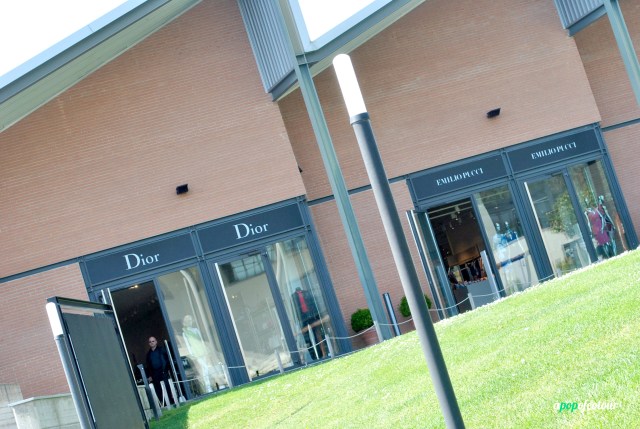 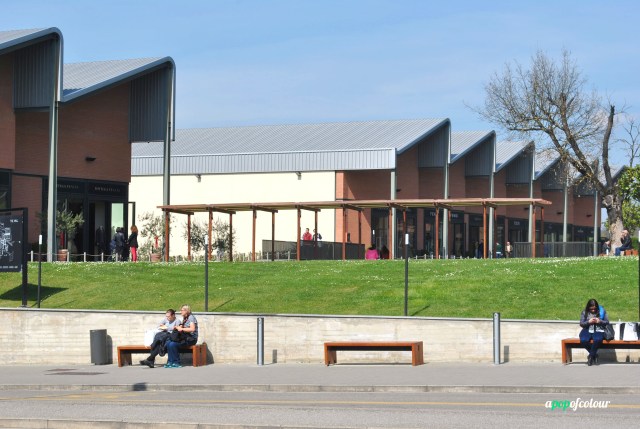 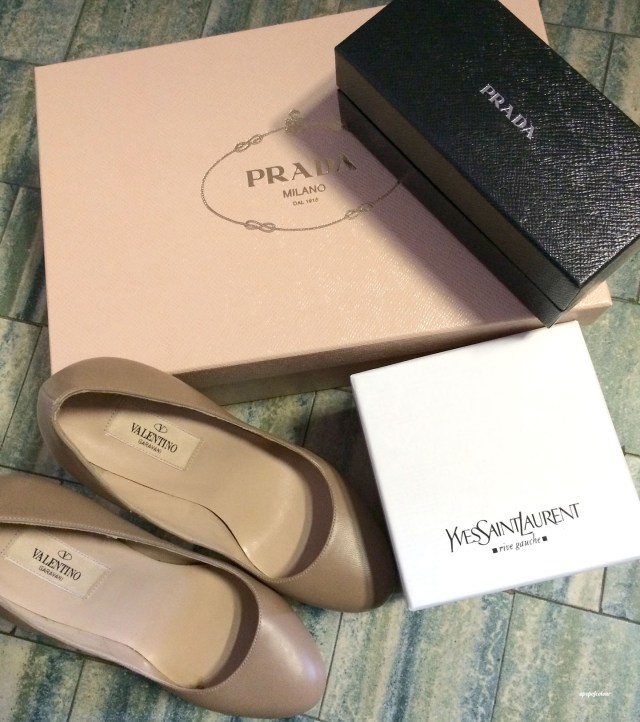 The key to the best shopping in Florence actually exists just outside the city. I took the shuttle bus from the SITA bus station beside SMN station to The Mall, a luxury outlet about 40 minutes outside Florence.  A roundtrip ticket costs 10 euro and is well worth the cost if you are planning on doing some shopping.  Also, it was nice to see more of Florence, including the more modern areas, as well as the Italian countryside.

If you like designer items like me, this is the mecca.  This place sounds like an urban legend, umm a Valentino outlet?  A giant Prada store with discounted items?  It can’t be true right?  Wrong.  The Mall is like any other outlet we have here in North America, except you will find stores like Valentino, YSL, Prada, Gucci, Alexander McQueen, Pucci, Balenciaga, etc.  Basically, I went crazy.  Some of the prices were still too expensive for me, but I ended up walking away with some crazy good deals. I don’t buy magnets, I buy Prada. I got a pair of nude Valentino pumps for 150.50 euros, regular 750 euros (over $1,100 Canadian), a pair of Prada aviators for 120 euros (regular $398 USD), a pair of Prada flip flops for 75 euros (regular $430 USD), and a YSL belt for 36 euro (regular $475 USD).  Also, if you spend over a certain amount of money in a store and you aren’t from the European Union, you can claim the VAT tax back, which I did in Prada and got 24 euro back (this is a little bit of a process though, you need to go to the office on site, where they give you the money right away.  At the airport where you are leaving the continent from – in my case London Heathrow – make sure you show the items to customs and get them to stamp the form, which you then pop in the mail).  If you are in Florence, I highly recommend checking out the outlet mall, there are good deals to be found there, the items are from past seasons, but honestly, the styles that I got are timeless. Also, one more thing, those on the hunt for Valentino Rockstuds (like I was), the only ones they had at the Valentino outlet were the flats and they must have been made from snakeskin because they were 500 euro.  If you are interested in a YSL clutch, the YSL outlet had various colours available in patent leather for less than retail price (they were in the 400 euro range from what I can remember). They also had a nice selection of YSL Arty rings for 150 or 130 euros.  As for the Prada Saffiano Tote, the massive Prada outlet at The Mall (there’s also another one, Space Prada, located somewhere else outside Florence) didn’t have that item either.  With that being said, they had tons or other cute styles, as well as Miu Miu. 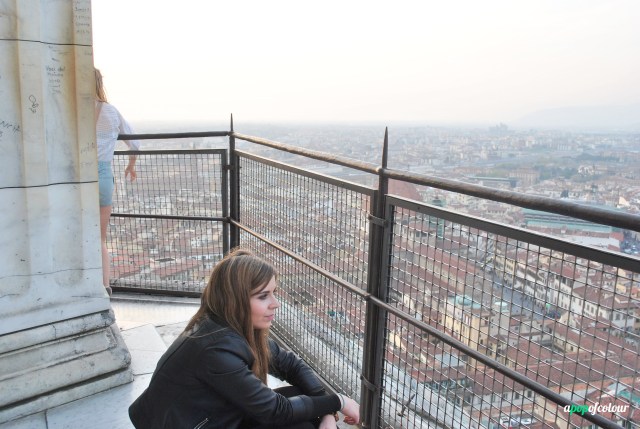 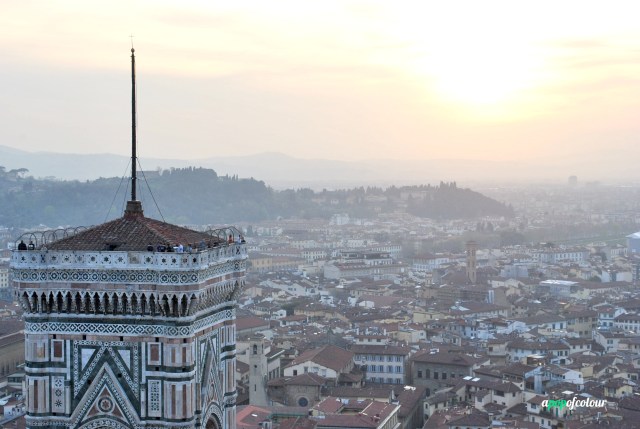 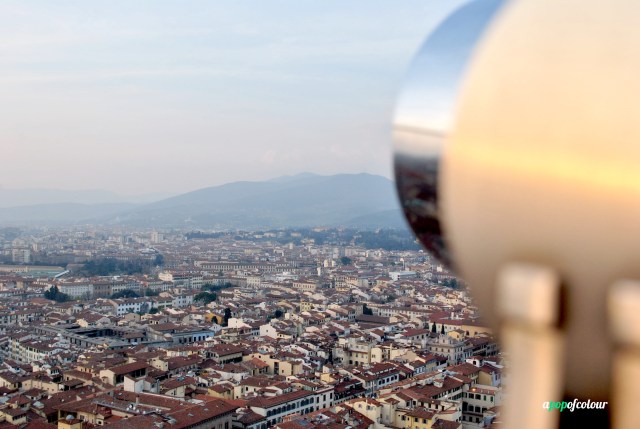 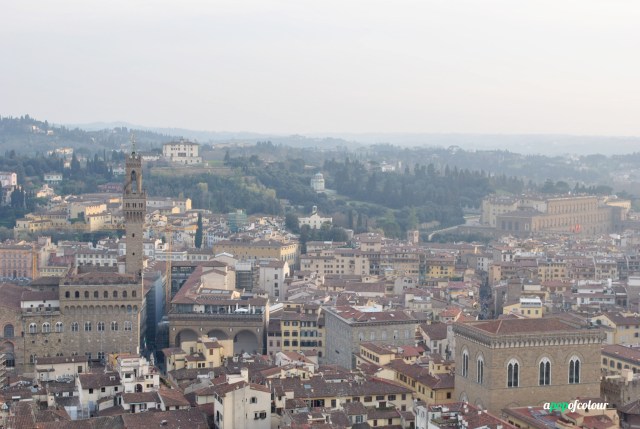 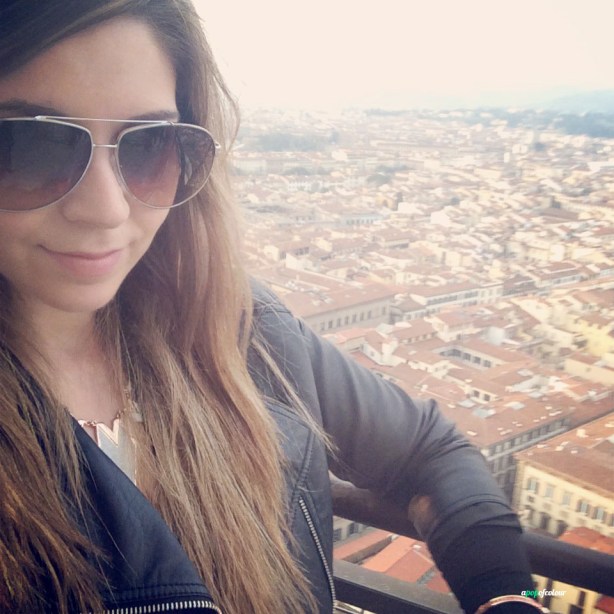 After my trip from The Mall, I did as every other tourist does in Florence, and that is climb the Duomo. By this point, I was over seeing the insides of cathedrals, but the real draw is climbing the cupola, all 463 steps up.  My brother previously visited Florence four years ago and said it was a must to climb to the top, so I paid the 10 euro and made headway up the stairs.  Okay, so I thought the climb would be a breeze since I workout five to six days a week and teach fitness classes.  I was super into it upon starting but once you reach the halfway point, where the climb is a lot more narrow, it gets challenging.  By the time you reach the top you will be huffing and puffing and possibly sweating.  I, luckily, did the climb near closing time so there weren’t a lot of people in the stairwell, which I really recommend because it gets tight in there.  If you are claustrophobic or have asthma or heart problems, I would skip this.  There was this one American lady who was yelling at her husband because she didn’t know she would have to climb all the way up and she had asthma.  Once you reach the top, the views of Florence are gorgeous and you forget how challenging the climb was.  The way down is a lot better (and faster), however, some of the stairs go in circles so I did experience a little bit of vertigo. 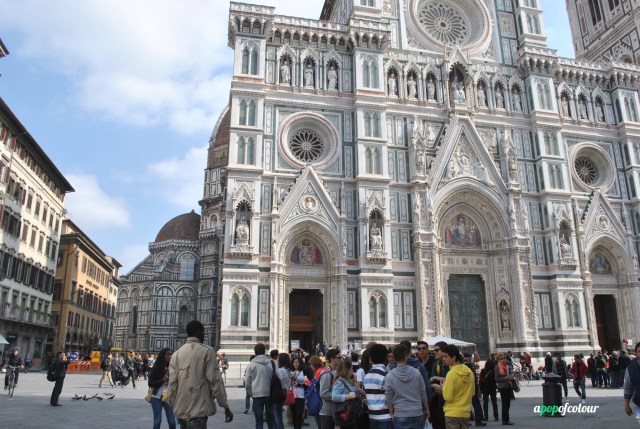 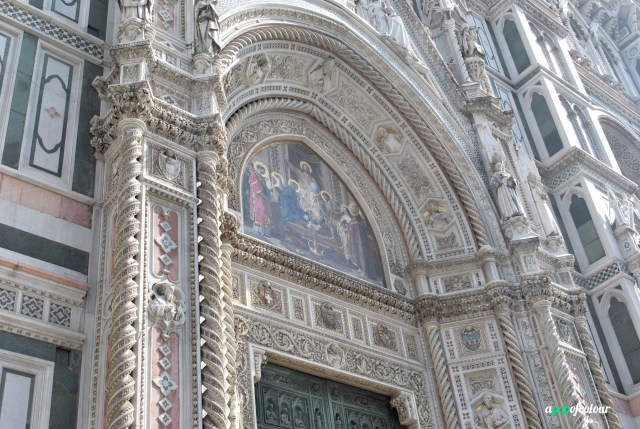 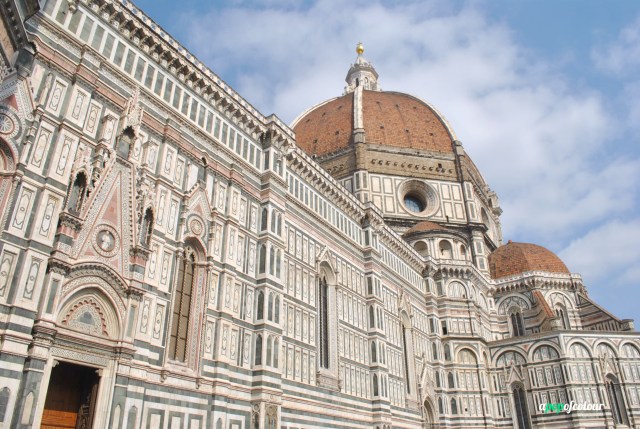 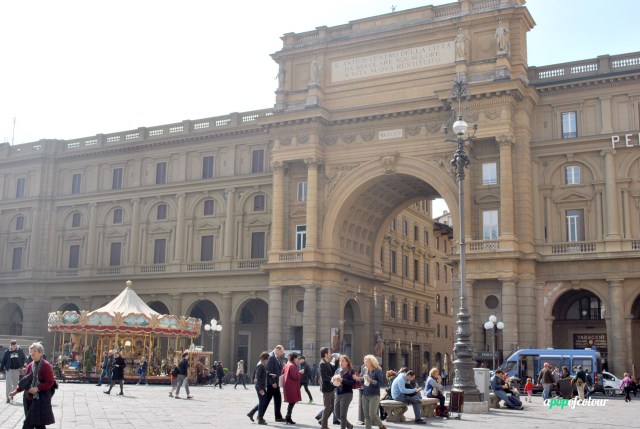 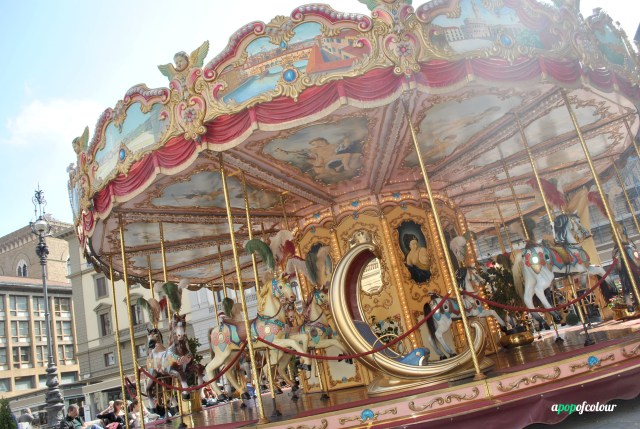 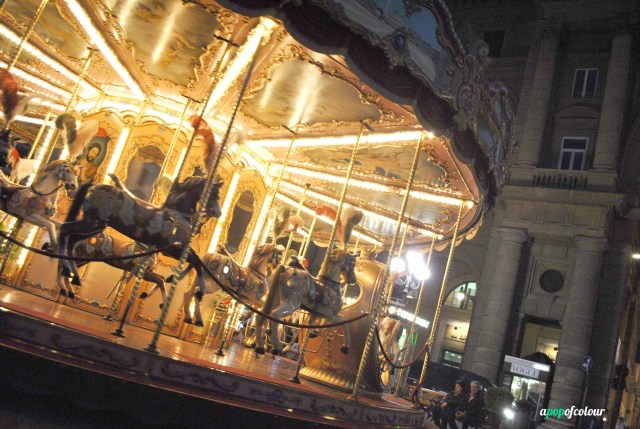 Overall, I really enjoyed Florence and found it a lot more chill than Rome.  Yes, there were tons of tourists and people selling you stuff, but I found it a lot more enjoyable than the hustle and bustle of Roma.  Also, the fact that it was smaller, but still presented a nice variety of touristy things and shopping is always a plus.  Oh, and let’s not forget the shopping ;).

Have you been to Florence?