The thing I love most about vacations is definitely the shopping!  In the past, I used to go nuts and just buy anything and everything.  Now I’m a little more reserved in judgement when I shop, I have to a) really love it; and b) it has to be something that I can’t get in my hometown.  I did buy some clothes on this trip but not that many because I do have a lot of clothes already and I would rather invest my money into purchases that would last me longer than clothes would (when I tried stuff on I asked myself “do I love it?” if not, it went back on the shelf).

Of course I did pick up a few beauty products.  I’m not going to post what I bought clothing wise, but I did get a few things from Mango, H&M, and Simons – all stores that I don’t have in my city.

So the first things I picked up were from Inglot Cosmetics, which is a Polish-based beauty line similar to MAC. I think Inglot is only available in free-standing stores and all the ones in Canada are in Quebec. 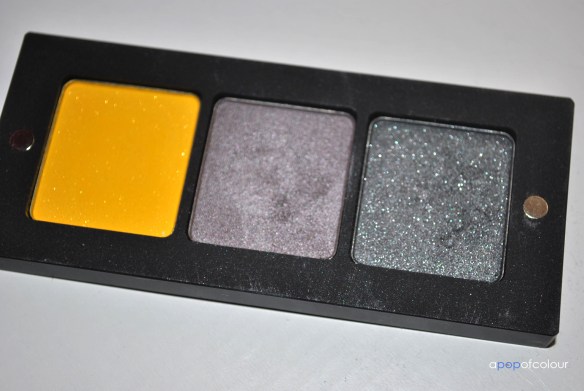 I do have an eyeshadow trio from Inglot already from a couple years back, but I wanted to pick up a few colours that I don’t really have, as well as a fluffy crease brush.  The lady at Inglot told me that the brushes are the same as the MAC ones (they are apparently made in the same factory) but it says Inglot instead of MAC on them.  I won’t go into too much detail on the products for now as I will be doing a full review post on these products so keep a look out for that. 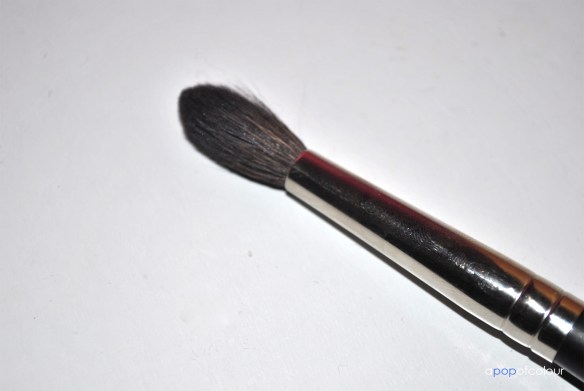 Next up, I finally got my beloved Angel perfume.  My friend and I were walking down St. Catherines (where all the mainstream stores are, as well as a number of malls) and we passed by a Shopper’s Drug Mart which had a display of Angel perfumes in the window.  The sign beside it was in French but $58 stood out to me because this perfume is pretty pricey.  We went inside and after a little confusion we realized that Shopper’s had a promotion going on where you can buy the 25 ml of Angel for $58 (which is the refill price, they threw in the bottle for free).  So of course I jumped at it and bought it because I have wanted Angel since Grade 9 (I’m 23 now).  We later found out that the size I bought retails for C$98, so I was very happy that I picked it up when I did, I love myself a good deal. 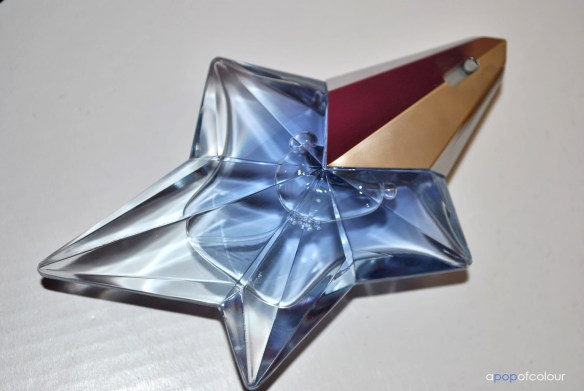 Because Montreal is a large city, they of course had a YSL counter so I picked up a Rouge Volupte Pearle shade in 108 (check out my review on it here) which I originally got in Vegas in August but ended up giving it to my mom.  She’s actually pretty much out of the shade so I picked her up one as well.  I also got the YSL Volume Effect Faux Cils Shocking mascara as I have heard a lot of good things about it and wanted to try it out. 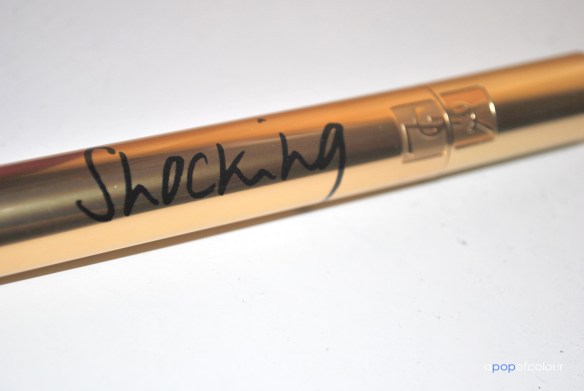 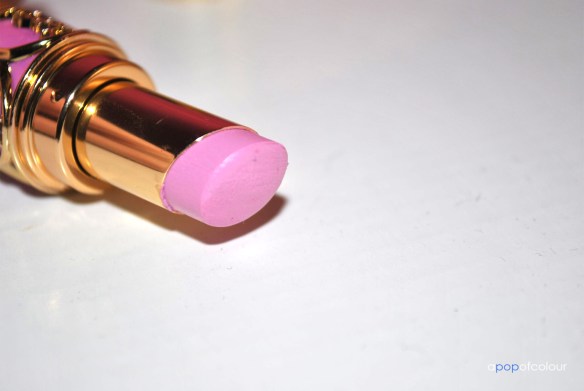 Last thing beauty related, I picked up five shades of nail polish.  Three of them were Deborah Lippmann and I got two from Urban Outfitters. 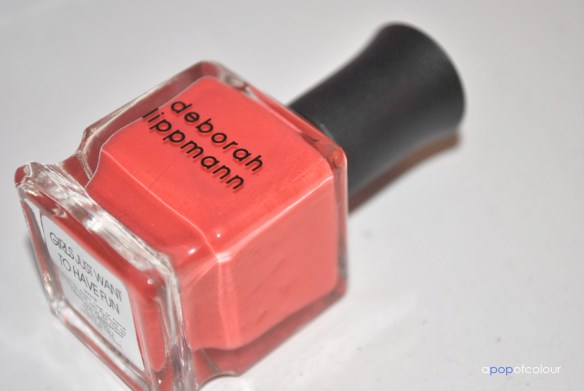 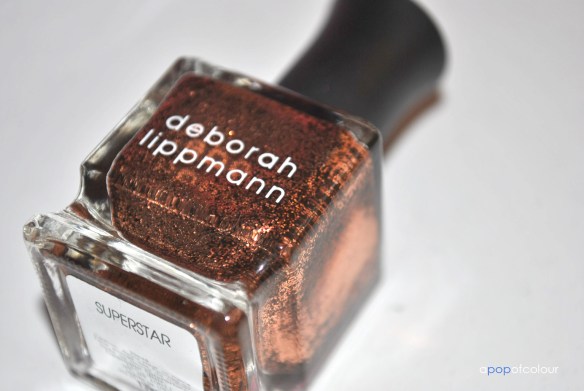 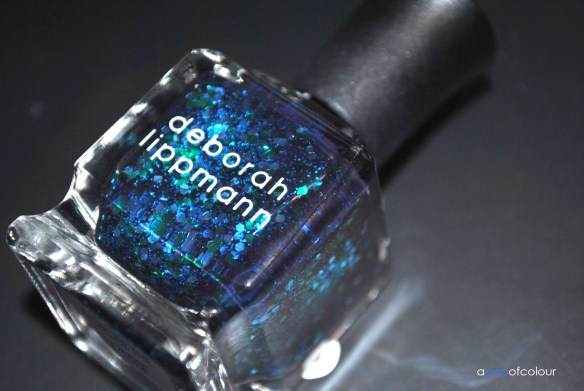 Deborah Lippmann Across the Universe 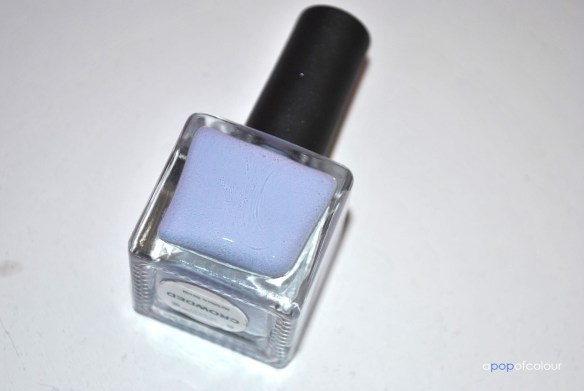 From Deborah Lippmann, I got the colours Superstar, Across the Universe (wanted this for so long), and Girls Just Want to Have Fun (bought them at Murale because then I got Shopper’s Optimum points), and from Urban Outfitters I got Hot Tub (not shown; it’s a hot pink/fuchsia colour) and Crowded.  UO had a promotion on where the nail polishes were two for $8 (one alone is $6), so I thought I might as well pick up another.  I’m glad I did actually because these go on really great. 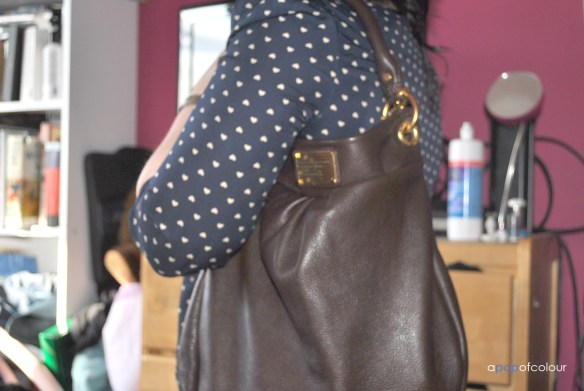 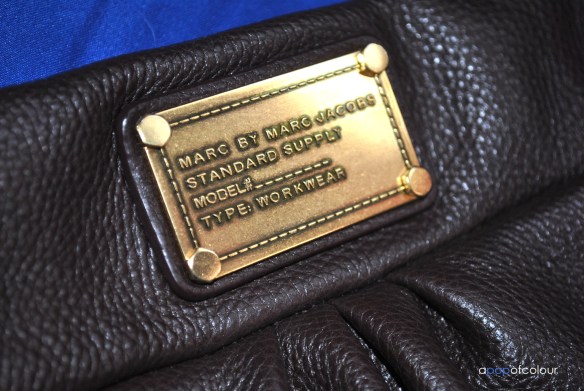 I have wanted the Marc by Marc Jacobs “Classic Q” Hillier Hobo for a long time now but I never wanted to fork over the cash to buy it in my city (locally, they only sell it at Aritzia in black).  As much as love black purses, I really wanted another staple colour, so when I saw this bag in brown (the colour is called Espresso), I knew I had to have it.  This is mainly the reason why I didn’t buy a ton of clothes; I would rather invest my money in a nice bag that will last me many years then spend it on clothes that will last a couple seasons.  I’ll probably do a separate post on the bag as well because I know how helpful my Chanel WOC post has been to people and there aren’t many blog reviews about this handbag out there.

So that’s it!  I didn’t buy a ton of stuff but I love everything I did pick up.  Keep a look out for nail of the day posts and reviews on the other products I picked up!

Have you tried anything I hauled?  Let me know your thoughts!

Like what you read? Check out these related posts!