So I loved doing a favourites post so much that I thought I would do another one but about other things non-beauty related. Stuff I loved last month (I’m a little late with this one…) other than beauty and fashion.  Whether it was music, movies, books, etc. 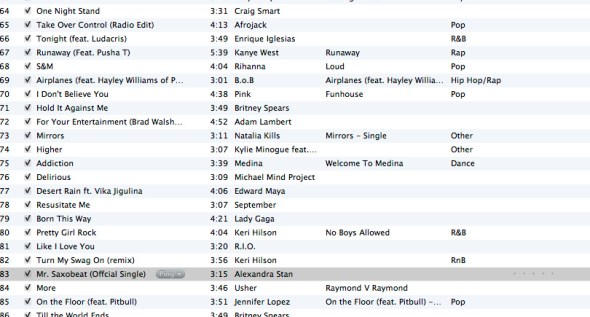 Okay, number one would definitely be Britney Spears’ Femme Fatale, although this will probably be on April’s list as well because the CD came out on March 29th.  All the songs are so good and it is on crazy repeat right now.

Other tunes I really liked were:

I liked a lot of other stuff as well but these were my favourites.

I don’t think I actually saw a lot of movies this month.  Let me think here… when did Never Say Never come out?  February?  Well regardless, that was a good movie, I’m not ashamed to say that I love the Biebs.

I saw this really weird foreign film on Netflix actually, it was called XXY and it’s an Argentinian film that was Spanish with English subs.  The movie was about an inter-sexed 15-year-old girl named Alex who is going through this identity crisis after this doctor and his family moves in with their family and she falls for their son.  I don’t want to spoil the end of the movie in case anyone actually watches it, but her challenge, as well as her family’s, is whether she will stay a girl (by her keeping on taking her medication), or go off and turn into a boy.

It was kind of a weird movie and definitely not kids or anything but it was interesting enough to watch.  Whenever I’m bored and can’t decide what to watch I always look at the foreign films, I enjoy them a lot and you get to see a different culture.  I especially like Spanish language films because the subject matter is usually really good.  One of my favourite films actually is called Todo Sobre Mi Madre (All About My Mother). It’s a film by Pedro Almodovar (he did Volver and a number of other Spanish-language films), a very well-known Spanish director.  I believe that Penelope Cruz is in the majority of his films (including this one).  Anyways, this is something for another post, but if you come across this film, definitely check it out. 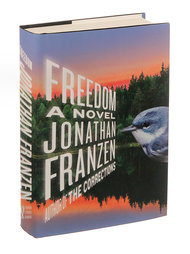 Image via the New York Times

I didn’t read anything this month! Shame on me!  I’m still trying to get through Freedom by Jonathan Franzen, it’s really good but I haven’t had time to read it (the chapters are long!).  I did pick up Good Housekeeping’s Drop 5 lbs: The Small Changes, Big Results Diet at the library and that was pretty informative.  It had some really great recipes that I unfortunately didn’t have time to try. 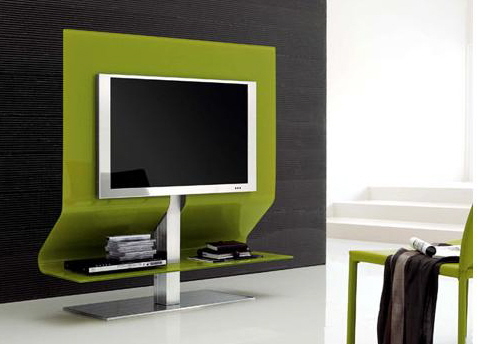 Okay, favourites for this month is easy: Kourtney and Kim Take New York, Holly’s World, 18 To Life, and Desperate Housewives, although I think there has been like one new episode maybe this month.

I just want to say real quick how much I love 18 To Life. It’s a show on the CBC which I found on Netflix.  It’s about these 18-year-old neighbours that decided to get married much to their parents disapproval.  They end up living in his parents attic apartment and it’s about the relationships between the two families. The show is also set in Montreal and I love that city so that may be why I like it so much.  But anyways, it’s actually so good.  I have been really into CBC programming, in the past I was all about the U.S. networks, but between 18 To Life, Dragon’s Den, and Being Erica the CBC is slowly becoming my new favourite channel… well other than E! Canada, CosmoTV, and MTV.

That’s all folks!  Let me know what you have been liking this month, everything from music to movies to television, I want to know!