Neutral Love - A Pop of Colour 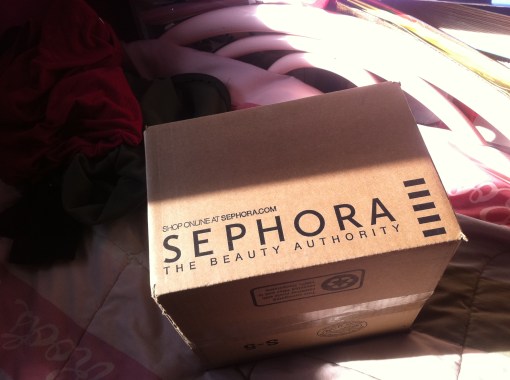 It finally came!!  The makeup product I have been stalkerishly looking on the Sephora website for for the last like three months.  And no, not just once a day, I have been on there like three times a day. 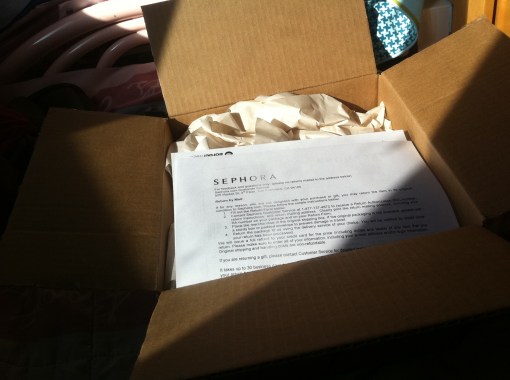 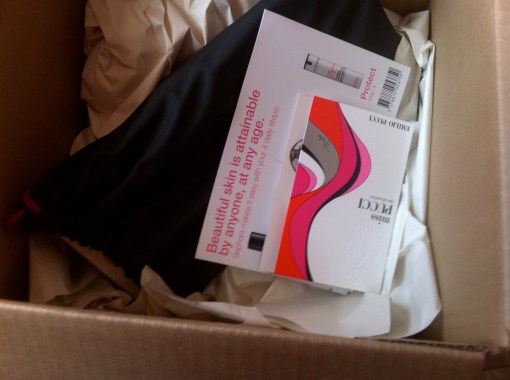 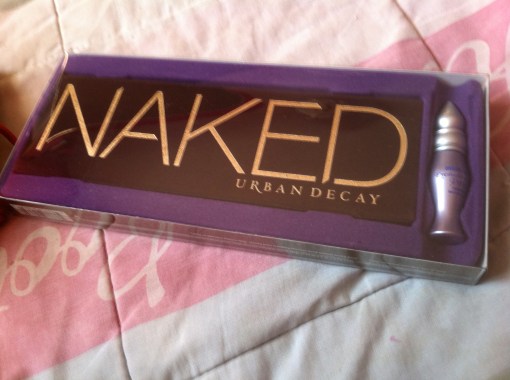 Urban Decay’s Naked Palette! When I got the email from Sephora they had it back in stock I ordered it right away and started the two week waiting period for it to get to me. Which it did yesterday. 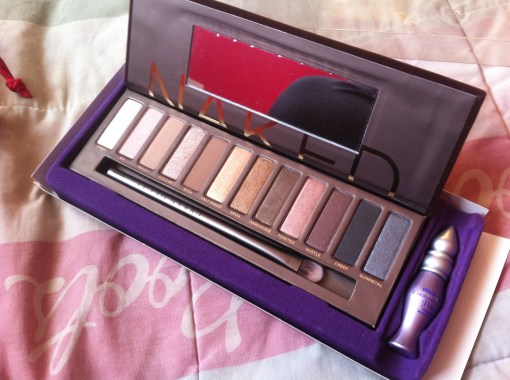 This beauty comes with 12 colours, some of which are exclusive to the palette, a mini primer potion, and their Good Karma brush.  Personally I would have liked the double-ended eyeliners because I have heard only good things about them and they are pricey by themselves, but I am so not complaining.  The brush itself is okay, a little stiff and it doesn’t feel like the best quality of bristles (I think my ELF Professional “C” Brush is better and it was like $3 at Target), and if you read the reviews from people they don’t seem to like it either.  I also read people were complaining about the price raise as well (like $4, come on!), but you know what?  Even with the price raise it’s still way cheaper than what people on eBay are selling it for (hello $60 shipping, you’re kidding me right?).

Anyways, I have only used four or so colours, so I haven’t fully tried it out as of yet.  I do have a full size of their Primer Potion (which is awesome by the way) so I didn’t even crack open the mini yet. 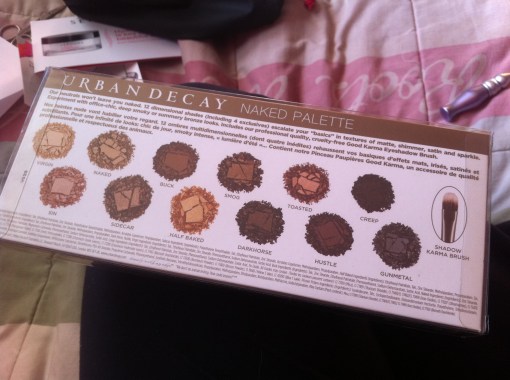 I may do a full review on it later when I fully give it a try, but as of first tries and glances, I really like it.  The colours are perfect and there doesn’t seem to be one that isn’t wearable for everyday (unlike other UD palettes).  Also, another huge plus is that the colours seem to be very pigmented, what you see is what you get.

I’ll probably do an update on this in a week or so to tell you my more in depth thoughts.  I probably won’t swatch it because you can easily find swatches of it on other blogs or just do a quick YouTube search for it.

In the meantime, let me know if you have picked this baby up yet?  I know it was available on Sephora.com for like a week after they got it in again (at my local Sephora there is a wait list for it – screw that!), but as of right now it is sold out again.  Urban Decay has had it on their online store a few times now, I would have ordered it from them but they don’t ship to Canada.  Oh well, I got it eventually. Good things come to those who wait.